‘A LITTLE LATE WITH LILLY SINGH’ RETURNS FOR SEASON 2 WITH AN ALL-NEW LOOK ON MONDAY, JAN. 11 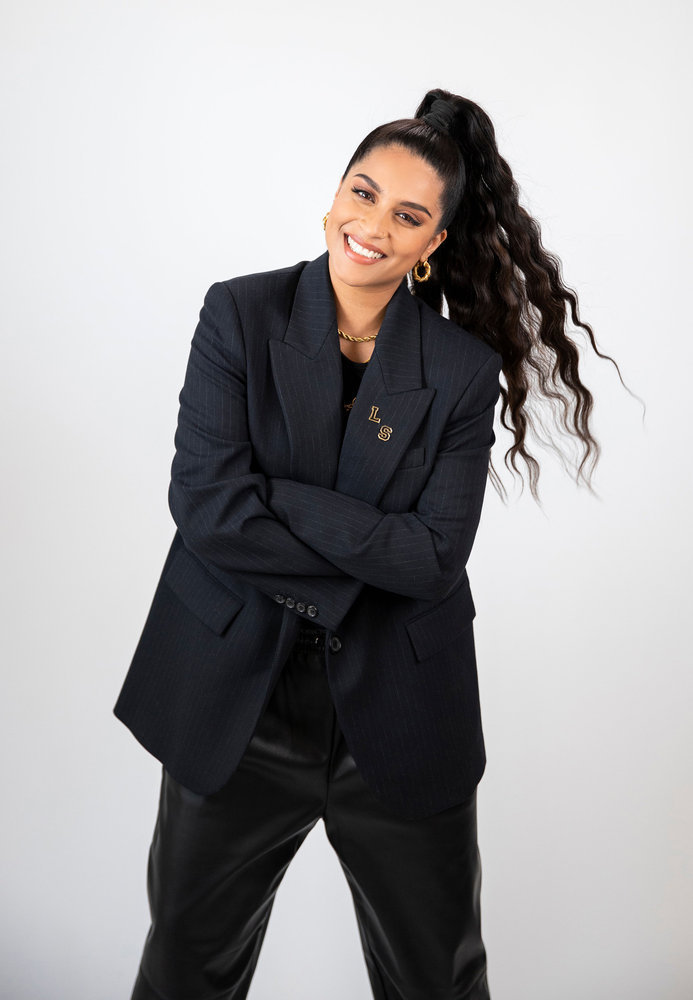 The late-night series heads into its sophomore season with an all-new look as Lilly showcases her signature authenticity, observational comedy and creative talents as host. The upcoming season will feature a fresh mix of sketch comedy, interviews and Lilly’s unique take on current events and pop culture. The show will also go behind the scenes, letting her audiences into the creative process and seeing how Lilly and her team brings the show to life.

“During the first season of ‘A Little Late,’ I was thrust into a whole new world that admittedly consisted of 90% learning and 10% being creative,” Singh said. “For this second round, I know the ropes and plan to bring more of my creativity to the table. It’s time to get goofy, be imperfect and bring my full authentic self to late night.”

The writing staff will include head writer Chelsea Davison, plus staff writers Vannessa Jackson, Sabeeh Jameel, Romen Borsellino, Nimesh Patel, Nelu Handa and Natasha Vaynblat.In other staff announcements, the show will be executive produced by showrunner Neil Punsalan. Most recently Punsalan was showrunner and director of the Comedy Central series “Doing the Most with Phoebe Robinson,” “No Script with Marshawn Lynch” on Facebook Watch, and the sketch show “Friends of the People” on truTV. On behalf of Unicorn Island Productions, Polly Auritt will also Executive Produce. Auritt was an executive producer of Peacock’s “Sketchy Times with Lilly Singh” and a co-executive producer on the first season of “A Little Late With Lilly Singh.” She has worked on more than 25 produced series, including MTV’s “The Shannara Chronicles” and “Faking It.”

Swapping out a traditional stage for a Los Angeles-based house as the show’s location will give Lilly more space to break the rules and embrace imperfection. Without the constraints of a typical studio, “A Little Late” will be spontaneous and unfiltered, bringing a funhouse vibe to the 1:35 a.m. timeslot.

Singh is a multi-faceted entertainer, finding success as an actress, producer, writer and creator. She has built a global audience of more than 38 million followers across her social media channels where she writes, produces and stars in comedic and inspirational videos.

In October, she released her one-woman comedy variety special “Sketchy Times” on Peacock satirizing how we are all adjusting to the new normal. Singh made the special from home and played more than 64 characters.

Upcoming, she will star in the animated feature “Riverdance: The Animated Adventure.”

She appeared in the Emmy Award-nominated HBO film “Fahrenheit 451,” opposite Michael Shannon and Michael B. Jordan, as well as the films “Bad Moms” and “Ice Age: Collision Course.”

Singh is the New York Times bestselling author of “How to Be a Bawse: A Guide to Conquering Life.” She has appeared on Forbes’ 30 Under 30 Hollywood & Entertainment list, Fast Company’s Most Creative People list and Time called her one of the most influential people on the Internet.

“A Little Late with Lilly Singh” will be produced by Universal Television and Unicorn Island Productions. Singh, Punsalan and Auritt will executive produce and Chelsea Davison will co-executive produce.