Special Will Air Thursday, Sept. 19 at 9 P.M., One Week Before the Show’s Final Season Premiere 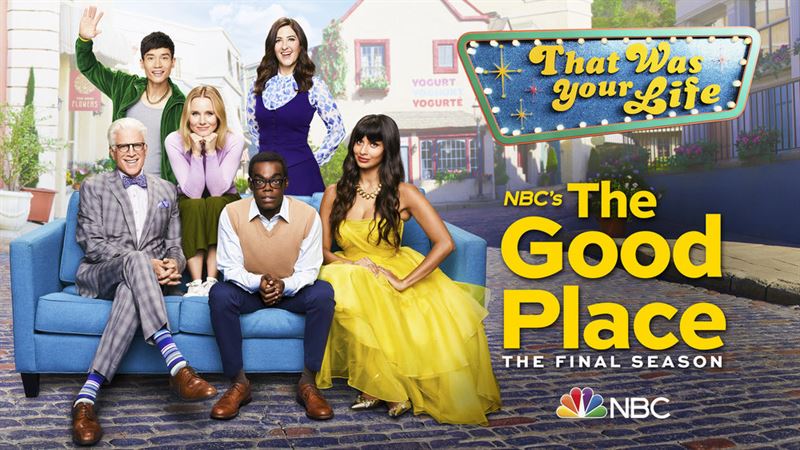 UNIVERSAL CITY, Calif. – Aug. 22, 2019 – In anticipation and celebration of the fourth and final season of NBC’s critically applauded and Emmy Award-nominated comedy, the network and The Paley Center for Media are collaborating on the hourlong special “The Paley Center Salutes The Good Place,” scheduled to air Thursday, Sept. 19 at 9 p.m. ET/PT.

“As it begins its final season, ‘The Good Place’ has become a cultural touchstone representing the best of television anywhere,” said Doug Vaughan, Executive Vice President, Special Programs and Late Night, NBC Entertainment. “We’re excited to partner with The Paley Center for Media to honor such an outstanding show that’s admired by so many of its devoted fans.”

“With its brilliant acting, writing and directing, it’s easy to see why ‘The Good Place’ has taken its place among television’s most memorable comedies,” said Maureen J. Reidy, the Paley Center’s President & CEO. “We’re thrilled to team up with our friends at NBC to offer fans a behind-the-scenes look at this beloved series.”

The new season of “The Good Place” will premiere Thursday, Sept. 26 at 9 p.m. ET/PT as part of NBC’s comedy lineup. The evening begins with the return of “Superstore” at 8 p.m. followed by the new series “Perfect Harmony,” starring Bradley Whitford. Immediately after “The Good Place” comes the new series “Sunnyside,” starring Kal Penn and executive produced by Schur.

In addition, the show has previously won the AFI Award for Program of the Year and the Television Critics Assn. Award for Outstanding Achievement in Comedy.