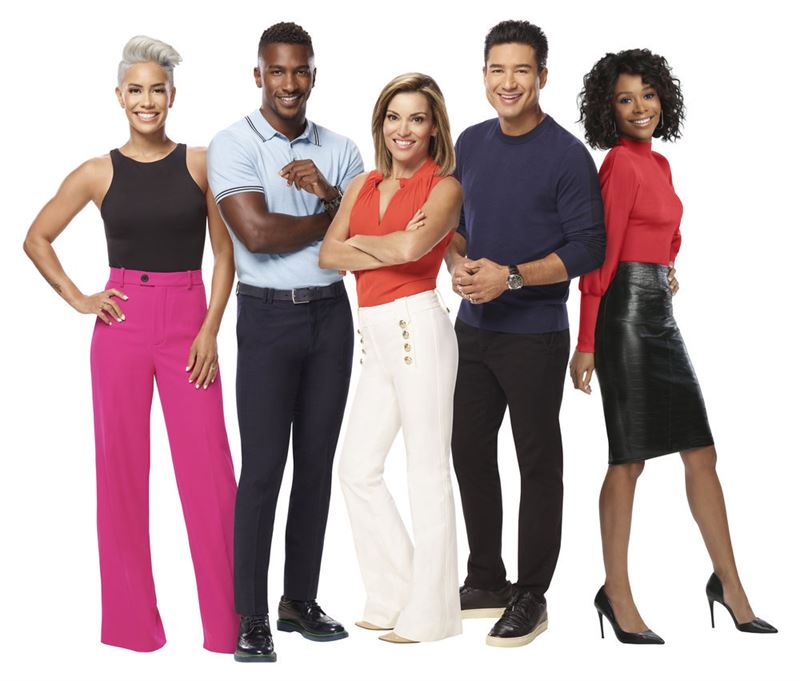 UNIVERSAL CITY, Calif. – Sept. 2, 2020 – Beginning its 25th season on Monday, Sept. 14, “Access Hollywood” will celebrate its silver anniversary by continuing to bring the best of Hollywood to audiences around the world. Hosted by Mario Lopez, Kit Hoover and Scott Evans along with correspondents Sibley Scoles and Zuri Hall, the show will go all the way back to its Sept. 9, 1996 premiere and fondly reminisce about some of the most memorable moments that will never be forgotten while also being the go-to source with breaking entertainment news as it happens.

Since its inception, “Access Hollywood” has had unparalleled access to the biggest celebrities in television, movies and music, and has been present at the biggest events in Hollywood. This season the show will highlight some of the most iconic interviews and moments in new 25th year special segments:

Access Icons – After25 years of interviews, it’s a tough list to narrow down, but “Access” will honor our top five celebrities in the show’s history, with new interviews as we surprise the honorees with the news!

No Place Like Home – “Access” will revisit the special moments when A-list stars such as Kelly Clarkson, Justin Timberlake, Jessica Simpson, Matt Damon, Blake Lively and George Clooney welcomed our cameras into their childhood homes to show viewers where it all began.

When They Were 25 – What film set was Reese Witherspoon on when she was 25 years old? “Access” looks back at what our favorite celebrities were doing when they celebrated being a quarter century.

First Time on Access – “Access” was there when the world was discovering future sensations such as Justin Bieber, Beyoncé, Taylor Swift, Jennifer Hudson and Billy Ray Cyrus’ young daughter, Miley. Teen star Hilary Duff invited us along while getting her getting her driver’s license and we went behind-the-scenes at a photo shoot with up-and-coming model, Heidi Klum.

Access Hollywood Confidential: The Truth Behind the Tragedy – A team of experts will break down never-before-heard details in the tragic deaths of superstars such as Heath Ledger, Michael Jackson, Prince and Whitney Houston.

Access 25 Time Machine – The classic moments you’ve long forgotten, traveling back to the exact day in history to show what was going on in Hollywood, including Golden Globe moments such as Angelina Jolie jumping into the pool with an “Access” producer after her win, and Halle Berry on crying “momma” into her phone while calling her mom with “Access” after her historic win.

Additionally, this fall “Access Hollywood” will launch a new podcast called “The Vault.” The podcast will highlight “Access Hollywood’s” iconic vault of never-before-heard interviews from the biggest names in Hollywood and will also share current pop culture perspectives. New episodes will post every Tuesday with the premiere highlighting the rise of Grammy and Emmy Award-winning daytime talk show host Kelly Clarkson.

“Looking back on 25 years of celebrity interviews, set visits and red carpets really shines an incredible spotlight on how ‘Access’ has been such a constant in the industry,” said senior executive producer Maureen FitzPatrick. “It’s been so rewarding to foster the brand’s expansion with the addition of ‘All Access’ last year and our new podcast launching this fall.”

ACCESS HOLLYWOOD
The 2020-21 season of “Access Hollywood” marks the 25th season of bringing the biggest Hollywood headlines and celebrity interviews to viewers. Hosted by Mario Lopez, Kit Hoover and Scott Evans, along with correspondents Sibley Scoles and Zuri Hall, the Emmy Award-nominated, daily, half-hour syndicated program delivers the inside scoop on the latest breaking entertainment news. “Access Hollywood” also delves into the latest true crime headlines with insight from leading experts, celebrates local heroes working to make their communities better and speaks with the people behind the viral moments everyone is talking about.

For photos and additional show information, go to http://www.nbcumv.com