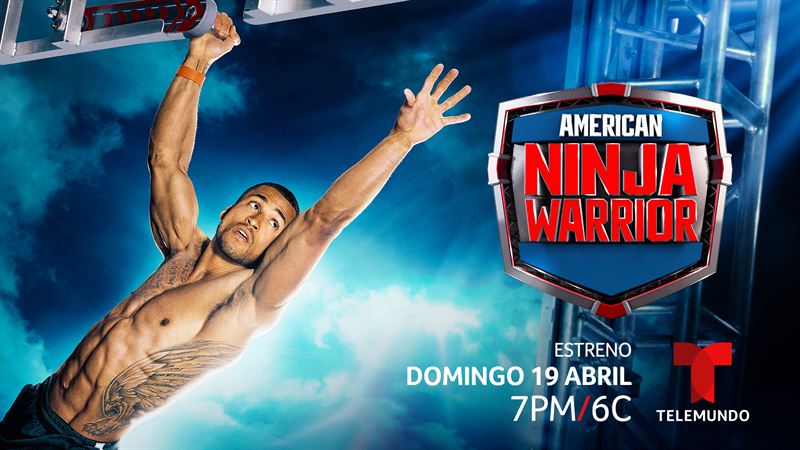 MIAMI – April 16, 2020 – The world’s most extreme athletic competition series, American Ninja Warrior, comes to Spanish-language television for the first time, premiering this Sunday, April 19 at 7pm/6c on Telemundo. Kicking off with Season 7, each episode of the action-packed series follows competitors as they tackle a series of challenging obstacle courses in qualifying and finals rounds in various cities across the United States. Those who make it the furthest, the fastest, on the course in their designated city move on to the national finals in Las Vegas, where they will compete for the coveted title of “American Ninja Warrior” and a $1 million-dollar cash prize. Based on the epic Japanese TV series, Sasuke, American Ninja Warrior is hosted by Matt Iseman and Akbar Gbajabiamila.

“We are thrilled to bring Hispanic families such a successful and entertaining format as American Ninja Warrior, for the first time ever in Spanish,” said Ronald Day, Executive Vice President of Entertainment for Telemundo. “Our audience loves this type of action-packed reality show they can enjoy with the whole family."

Audiences can watch all the thrilling episodes of American Ninja Warrior live or catch-up on the Telemundo app, which is available to download on the Google Play Store and Apple Store. Viewers can also watch episodes by visiting Telemundo.com or join the conversation on social media by following Facebook, Instagram and Twitter.