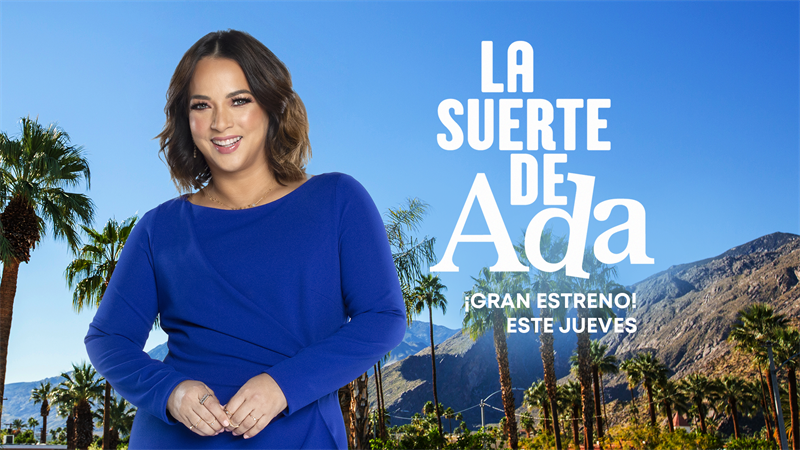 After an extended absence from dramatic roles, the widely recognized and beloved TV host Adamari López steps back into her acting roots with the premiere of “La Suerte de Ada,” a special production that will broadcast within “hoy Día,” Telemundo’s new morning show.

La Suerte de Ada (Ada’s Fate) is a unique experience that will transport Adamari into the world of the successful primetime series La Suerte de Loli with a role created exclusively for her. Filmed in the same studios as the series alongside the show’s star-studded cast, viewers will relive the on-screen talents of this fan-favorite TV star when they see her unexpectedly enter the headquarters of ‘Global Radio Group’ in search of her next job. Each episode will present all the adventures of Adamari’s character and what she must do to earn a coveted position within the No. 1 radio station on the West Coast of the U.S.

Viewers can watch hoy Día live Monday to Friday from 7 to 10am/6-9c on Telemundo, by visiting Telemundo.com or through the Telemundo app (available on the Google Play Store and Apple Store). The multiplatform format also offers more exclusive content via Telemundo.com/hoydia and the program’s official social media accounts on Instagram, Facebook, YouTube and Twitter.

hoy Día airs Monday to Friday from 7 to 10 am/6-9c on Telemundo. The three-hour, live morning program is hosted by Arantxa Loizaga, Nacho Lozano and Nicole Suárez with the latest news; Adamari López and Stephanie Himonidis with the entertainment/lifestyle segments; Chef Oropeza leading the cooking segment; and Carlos Robles with national weather updates.

Ranging from breaking news and top entertainment headlines to live weather updates and delicious homemade recipes, hoy Día greets viewers every morning with “news they can use” to jump-start their day. The program’s expert journalists and presenters share timely, balanced and pertinent information for the U.S. Hispanic community with a positive and optimistic tone designed to inform, entertain and inspire.