The Performances, Along with the Iconic Firework Display Can Be Seen During the Two-Hour Live Telecast July 4 (8-10 p.m. ET/PT) on NBC 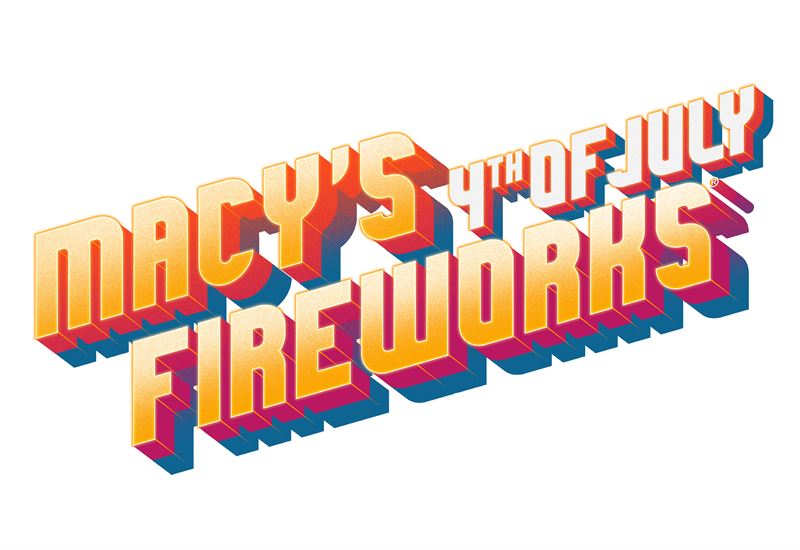 NBC’s “World of Dance” judge Derek Hough and Grammy Award-winning singer/songwriter Ciara will co-host the evening. The hosts will also wow the audience with performances of their own, Hough with a dance performance and Ciara a musical medley. Luke Bryan, Khalid from his Free Spirit World Tour, Maren Morris and Brad Paisley will also perform before the fireworks begin. The broadcast will air Thursday, July 4 (8-10 p.m. ET/PT) with an hourlong encore presentation at 10 p.m.

The 43rd annual Macy’s 4th of July Fireworks will ignite the night with an unparalleled barrage of color, light and sound, live from the Brooklyn Bridge. Since 1976, Macy’s Fireworks have grown in scale and artistry as they burst to life over many of New York City’s waterways and neighborhoods. Incorporating landmarks and celebratory milestones is a Macy’s Fireworks signature. On Independence Day millions of spectators will be captivated by a stunning display of patriotic firepower, as Macy’s Fireworks launch more than 70,000 shells and effects from the bridge and from four barges positioned along the shores of Pier 17 at the Seaport District. The 25-minute display will honor Independence Day and classic American Cinema and will feature a host of new shells and effects in 28 colors including crackling rain shells, patriotic chasing crossettes, howling wolves, screaming dragons, silver twisters, diamond screamers and a dramatic 1,600-foot waterfall. The musical score is the basis for the fireworks choreography and this year it features patriotic classics such as “America the Beautiful” and “Stars & Stripes Forever,” along with world-famous instrumentals from classic American films. From John Williams’ famed title compositions for “Star Wars,” “Superman” and “E.T.” to Max Steiner’s “Casablanca Suite” and Alfred Newman’s “20th Century Fox Fanfare;” audiences will be humming along to the score as the fireworks paint the night sky in perfect synchronicity. With MGM’s The Wizard of Oz turning 80 this year, Macy’s Fireworks pre-recorded score will also feature Oscar® and Grammy® Award winning artist Jennifer Hudson performing its most beloved song “Over the Rainbow.” The tribute will mark the show’s visual and emotional centerpiece.

“NBC is proud to once again partner with Macy’s on what is always a spectacular Fourth of July celebration,” said Doug Vaughan, Executive Vice President, Specials & Late Night Programming, NBC Entertainment. “We have a lineup of A-list performers and an incredible fireworks extravaganza that is the biggest in the country.”

The “Macy’s 4th of July Fireworks® Spectacular” telecast is a production of Universal Television in association with Macy’s. It is produced by Brad Lachman Productions with Lachman serving as executive producer. Bill Bracken is a co-executive producer.

Derek Hough is an Emmy Award-winning choreographer, performer and New York Times bestselling author who joined Jennifer Lopez and Ne-Yo at the judges table for the NBC series “World of Dance” in May 2017.

A multi-talented entertainer, two-time Emmy Award winner and nine-time nominee for Best Choreography, and the only six-time champion in franchise history of the hit ABC show “Dancing with the Stars,” Hough has also appeared in film, television and stage projects as an actor. He made his feature film debut for director Duane Adler and producer Robert Cort in “Make Your Move” and had a recurring role on the ABC series “Nashville.” His stage performances include Radio City Music Hall’s “Spring Spectacular” and the critically acclaimed production of “Footloose” in London’s Weat End. In 2016, Hough starred with Jennifer Hudson, Ariana Grande, Martin Short and Harvey Fierstein in NBC’s “Hairspray Live!” Hough’s first-ever solo tour, with “Derek Hough: Live! The Tour” with stops in 59 cities around the country winds down June 15 in Reading, PA.

Ciara is a Grammy Award-winning singer/songwriter, producer, model and actress. Over her 15-year career, she has sold more than 23 million records and 16 million singles worldwide, including chart-topping hits “Goodies,” “Ride,” “Oh,” “1, 2 Step,” “Body Party” and “I Bet.” In 2018, Ciara scorched the summer with her song “Level Up,” which transformed into a defining moment for the culture with the subsequent movement it incited. Its high-powered dance initially inspired fans to shoot their own videos with the hashtag #LevelUpChallenge — stirring up a viral buzz that has seen millions of posts across social media and launched the video to a #1 trending topic on YouTube.

Ciara is not only known for her vocal talent and dance moves, but she is signed with IMG Models and has starred in both film and television roles. As a longtime muse for several high-fashion designers, Ciara has not only been the face of various campaigns, but she has graced the covers of numerous fashion (February 2019 cover of Vogue Arabia) and lifestyle magazines (April 2019 cover of InStyle).

Ciara is a devoted wife and mother of two as well as a philanthropist who sits on the board of her and her husband’s Why Not You? Foundation. She is dedicated to improving the lives of children and empowering women across the globe.

Luke Bryan is a two-time Academy of Country Music and a two-time Country Music Association Entertainer of the Year, a five-time host of the ACM Awards, a NSAI Artist/Songwriter of the Year and was named a CMT Artist of the Year six consecutive years. Bryan has more certified digital singles than any other country artist with 46 million tracks and 12 million albums with 4 billion music streams. Bryan has placed 22 singles at #1, 12 of which he co-wrote. Over the last few years, Bryan’s headline tours have performed for 1.5 million fans or more. In 2018, he performed more stadium dates in one calendar year than ever with a career total of 34. Bryan’s “Sunset Repeat Tour” launched at the end of May, will run through the end of October and includes two football stadiums.

Khalid is a multi-platinum global superstar named one of Time’s magazine’s “Most Influential People” of 2019. He recently released his sophomore album “Free Spirit,” which was declared a New York Times “Critic’s Pick” and was called “superb” by the Associated Press. His double platinum-certified album, “American Teen,” garnered Khalid five Grammy Award nominations (along with numerous other nominations) and received mass critical acclaim with Rolling Stone calling Khalid a “pop prodigy.” The singer-songwriter has won an American Music Award, Billboard Music Award, Teen Choice Award, MTV Video Music Awards, MTV’s Woodie to Watch Award and has been streamed more than 10 billion times worldwide across all partners. Khalid has collaborated with some of music’s biggest stars with #1 singles “Love Lies” (with Normani), “Eastside” (with Halsey and Benny Blanco) as well as hits with artists such as Calvin Harris (“Rollin’”), Logic and Alessia Cara (“1-800-273-8255”), Marshmello (“Silence”), Billie Eilish (“Lovely”), Shawn Mendes (“Youth”) and others. Khalid’s “Free Spirit World Tour” kicks off on June 20 and will take him all over the globe in 2019.

Maren Morris is one of the leading voices in country music today. Morris’ latest album, “Girl,” shattered the record for the largest debut streaming week for a country album by a woman with 23.96 million streams. The album debuted at #1 on the Billboard Top Country Albums chart and #4 on the Billboard 200. It also features history-making title track “Girl,” which had the highest debut on Billboard’s Country Streaming Songs chart by a female artist and the highest weekly streams by a female country artist ever. “Girl” comes three years after Morris’ breakout, gold-certified debut album “Hero” and explores how her life has changed since then. Morris received five Grammy Award nominations this year, including nominations for Record of the Year and Pop Duo/Group performance for her platinum hit “The Middle” with Zedd and Grey. Morris won a Grammy for Best Country Solo Performance at the 59th Grammy Awards, was named New Artist of the Year at the 50th Annual CMA Awards, Top Country Female Artist at the 2018 Billboard Music Awards and New Female Vocalist of the Year at the 52nd Academy of Country Music Awards.

Brad Paisley is a critically acclaimed singer, songwriter, guitarist and entertainer whose talents have earned him numerous awards, including three Grammy Awards, two American Music Awards, 14 Academy of Country Music Awards and 14 Country Music Association Awards (including Entertainer of the Year), among many others. He has been a proud member of the Grand Ole Opry since 2001. Paisley has written 21 of his 24 #1 hits and has accumulated over 20 million career total worldwide album sales, track downloads and streaming equivalents. His 2019 World Tour recently kicked off and will span across the U.S. and feature several dates in Canada and Europe. His current single is a passionate love song titled “My Miracle.” Connect with Paisley at www.BradPaisley.com, www.Facebook.com/BradPaisley, on Twitter @BradPaisley, on Instagram @Brad Paisley, and YouTube at YouTube.com/BradPaisley

For more information and images from the show please visit the NBC Universal Media Village website at http://www.nbcumv.com 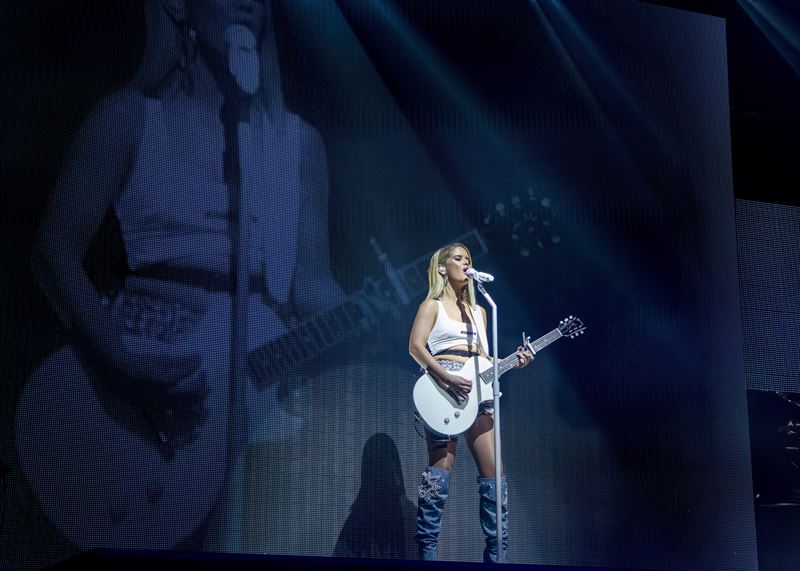