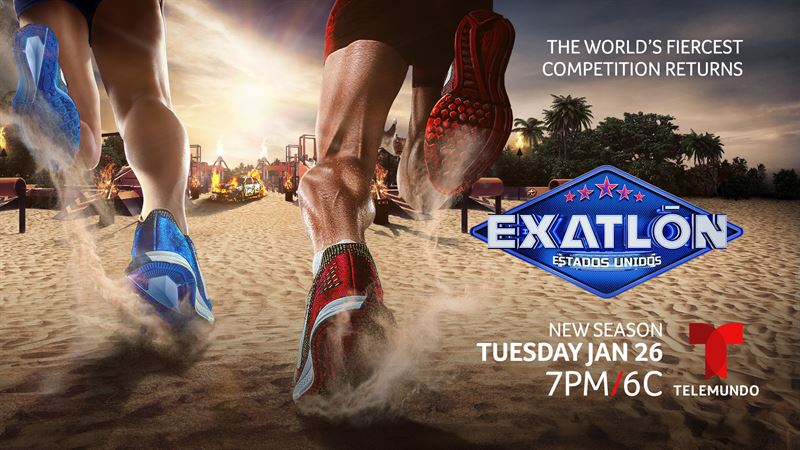 MIAMI, FL – January 13, 2021 – The #1 family-friendly sports reality competition show on Hispanic TV, Exatlón Estados Unidos, returns to Telemundo with a new season of the world's fiercest competition premiering Tuesday, January 26 at 7pm/6c. The much-anticipated fifth season will feature 24 new and returning contestants as part of the Famous Team (Red Team) and Team Contenders (Blue Team). They will have to tackle new challenging and impressive circuits as well as more nighttime obstacle courses that will test their physical and mental skills for the chance to win over a million dollars in prizes and the coveted title of champion. The action-packed program will be hosted by Frederik Oldenburg, together with Marisela "Chelly" Cantú as sports commentator, who will bring viewers all the excitement and adrenaline in every two-hour episode.

Audiences can watch full episodes of Exatlón Estados Unidos live starting Tuesday, January 26 at 7pm/6c, catch up on the Telemundo app (available on the Google Play Store and Apple App Store), or by visiting Telemundo.com. Fans can join the conversation and keep up with the latest news about the competition on Facebook, Instagram and Twitter, and get exclusive content on Telemundo.com/Exatlon.