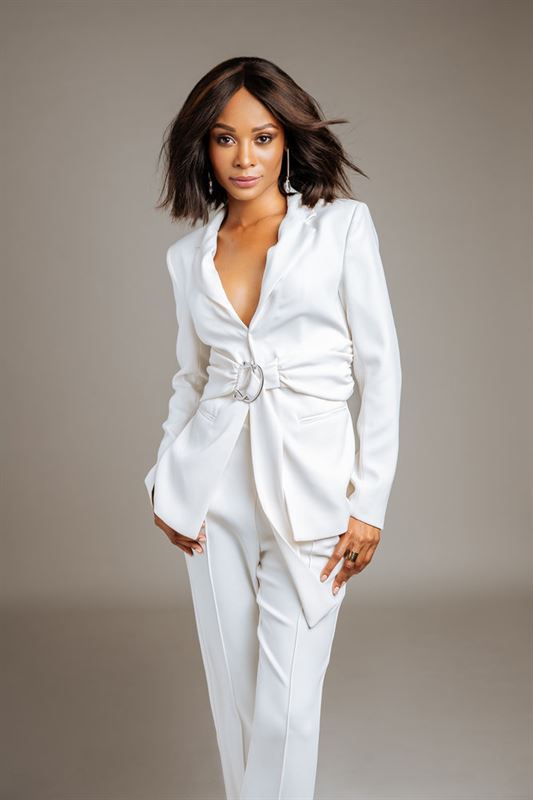 “We couldn’t be more excited to have someone with Zuri’s experience in the entertainment world joining the ‘Access’ team,” said Maureen FitzPatrick, senior executive producer of “All Access,” “Access Hollywood” and “Access Daily.” “Additionally, given her news background, she is the perfect choice to report on our compelling true-crime segments.”

Hall has become one of the most in-demand talents in the entertainment industry today, quickly becoming known for her energetic and empathetic personality, socially conscious endeavors and charisma in every setting she is in.

She can be seen as the sideline reporter, encouraging and interviewing competitors on NBC’s popular Emmy-nominated competition show “American Ninja Warrior.” She was also a correspondent on E! News, co-hosted “What the Fashion” on Snapchat Discover, and was the creator, host, and co-producer of “What’s Good with Zuri Hall,” an E! News original series that took a bite-size deep dive into pop culture topics that celebrate and explore diversity in Hollywood. In the scripted world, Hall has guest-starred in multiple episodes of E!’s “The Arrangement,” TV Land’s “Nobodies” (executive produced by Melissa McCarthy) and the digital comedy series “Hashtaggers.” She also studied improv at the Upright Citizens Brigade in New York.

Originally from Ohio, Hall got her start in the entertainment industry by climbing the local TV ladder that included two seasons as an in-game arena host for the NBA’s Indiana Pacers, and serving as the on-stage host of the 2012 Super Bowl Village. While co-anchoring the evening news in Dallas, a Top 5 market, Hall earned a second Emmy nomination for her investigative reporting.

“ACCESS HOLLYWOOD”
“Access Hollywood,” currently in its 24th season, is a nationally syndicated, Emmy Award-nominated, daily, half-hour entertainment news program. The show airs live to the East Coast with Mario Lopez, Kit Hoover and Scott Evans as hosts and Sibley Scoles as correspondent. The show takes viewers behind the velvet ropes and on to the red carpet to deliver the hottest celebrity interviews and the biggest entertainment news stories in Hollywood.

Both shows tape from the Terrace Studios, adjacent to the Universal Studios lot, in Universal City, Calif. “Access Hollywood” and “All Access” are executive produced by FitzPatrick, Stewart Bailey and Mike Marson and is distributed by NBCUniversal Domestic Television Distribution.