Two-time FIFA U-17 World Cup champions, Mexico, made it to the last eight after a clean performance by Eugenio Pizzuto and Santiago Munoz who each scored their first goals of the tournament against Japan. El Tri will face another Asian contender in the quarterfinals as they face South Korea this Sunday, Nov. 10 live on Telemundo at 5:30 p.m. ET. The match will be preceded by Sontje Hansen and Netherlands taking on Paraguay live at 2 p.m. ET.

On Monday, Nov. 11, Spain face France in a European clash, live on Universo at 2 p.m. ET. In the round of 16, France won big against ten-man Australia 4-0 to stamp their place with authority after Nathaneal Mbuku opened the scoring in the sixth minute and completed his hat-trick with two second-half strikes. Spain’s Roberto Navarro and German Valera seek a big win against the French following their performance against Senegal. At 5:30 p.m., the final four will be decided after Italy take on Brazil, live on Universo.

The semifinals will follow on Thursday, Nov. 14, live on Universo and Telemundo.

Telemundo Deportes’ Schedule of The FIFA U-17 World Cup - Quarterfinals 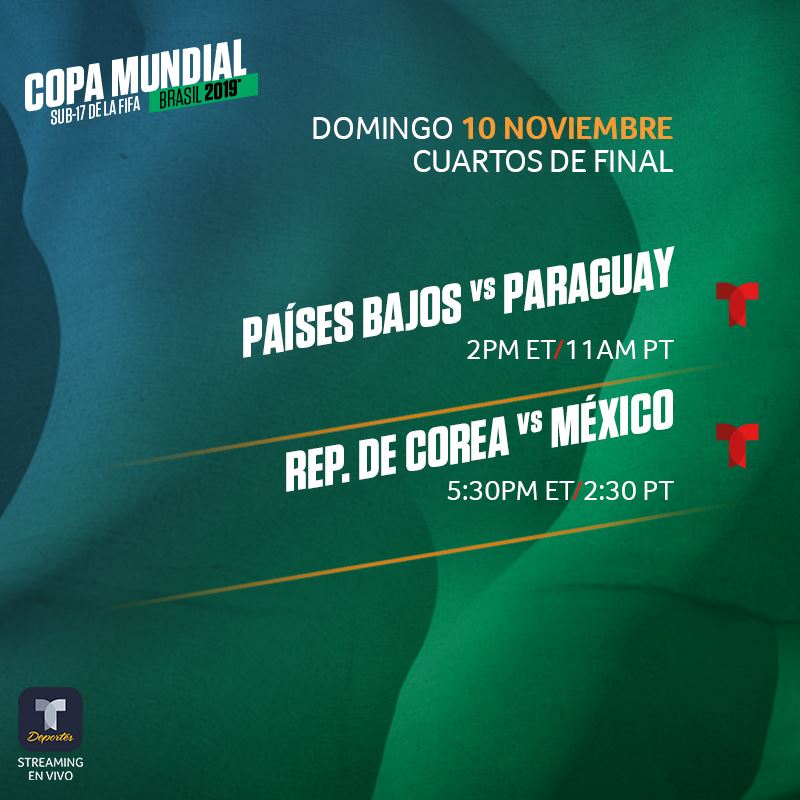 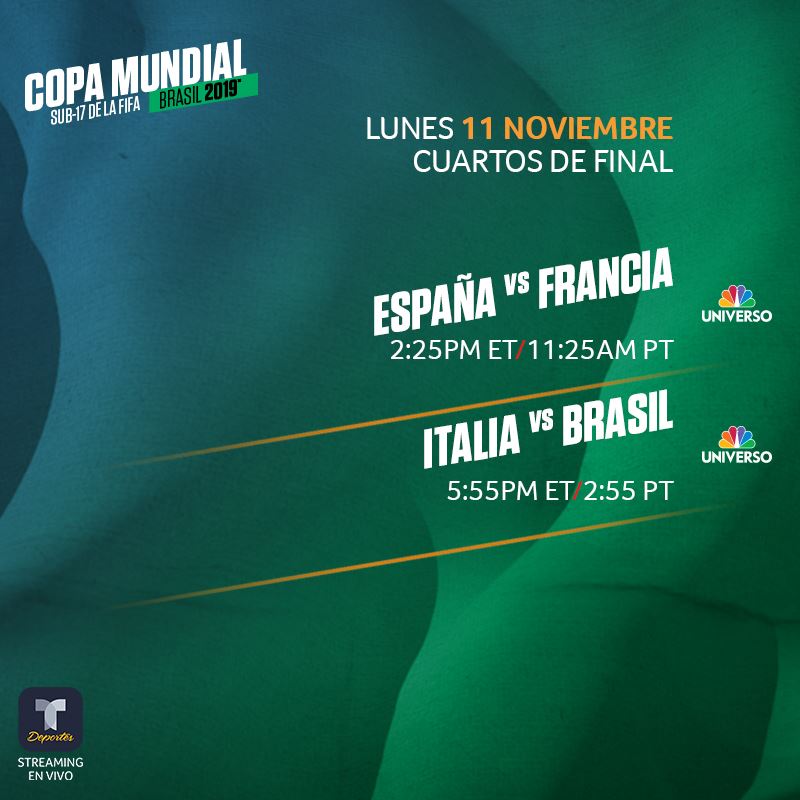