KANE BROWN, DOJA CAT AND SEASON 18 MEGA MENTOR JAMES TAYLOR ARE SET TO PERFORM ON ‘THE VOICE’ AIRING MONDAY, MAY 11 ON NBC

As Part of “The Voice” Fan Week, Top 9 Artists Will Dedicate Songs to Their Biggest Fans

For the First Time Ever, Five Artists Will Advance to the Finale Airing Monday, May 18 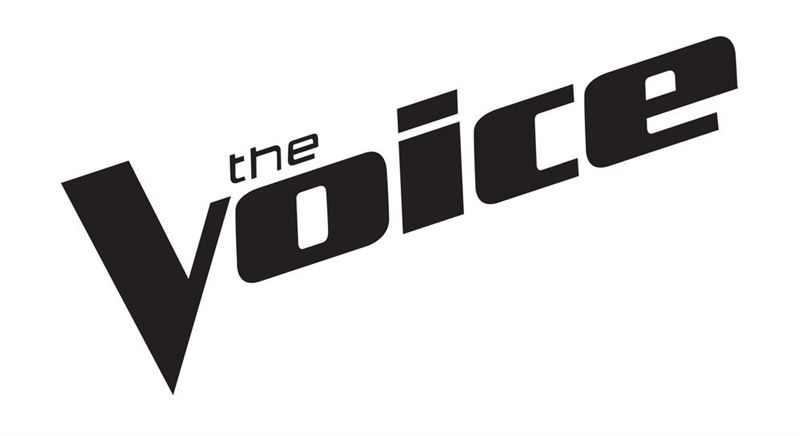 Next week’s theme on “The Voice” is Fan Week, and the remaining nine artists will perform songs dedicated to their biggest fans, whether it’s a family member in quarantine, a neighbor or even their hometown. Fan videos from across the country will introduce each performance remotely. The Monday show will open with a special performance of Sly and the Family Stone’s uplifting classic “Everyday People” featuring all four coaches – Kelly Clarkson, Nick Jonas, John Legend and Blake Shelton – and the Top 9 artists. Fans from across the country will also be incorporated into the opening performance. The coaches will continue to remote in from their home locations to provide artist feedback. Clarkson will broadcast from her ranch in Montana, Shelton from his home in Oklahoma and Jonas and Legend from their homes in Los Angeles.

On Monday, May 11, multiplatinum, four-time AMA winner Kane Brown returns to “The Voice” to debut his new hit “Cool Again.” The track is the latest in a hot streak for award-winning country star, and marks Brown's follow up his Platinum-Certified album “Experiment” and his fifth consecutive No. 1 single, “Homesick."

Viral superstar Doja Cat will perform her platinum hit “Say So.” The RIAA certified platinum track is currently No. 1 at Rhythm radio, No. 3 at Top 40 radio, No. 6 on the Billboard Hot 100, has over 171 million video views, and over 20 million TikTok videos created. The track has been streamed nearly half a billion times worldwide.

Music icon and Season 18 Mega Mentor James Taylor and his son Henry will perform “Moon River” from his recently released new album “American Standard.” This past Monday’s Top 17 performance show opened with a moving performance of Taylor’s beloved anthem “Shower the People.” He was joined by the remaining artists he mentored during the Knockout Rounds.

On the Monday Top 9 performance show, audiences will get a closer look than ever before at the intimate coach-artist relationship in their home environments as the coaches not only guide the artists through the technical aspects of their performance but also provide personal mentorship as they navigate the pressures of the competition. They will also get a glimpse into the coaches’ lives in quarantine.

On Tuesday, May 12, “Voice” coach and EGOT-winning, critically acclaimed multiplatinum singer-songwriter John Legend will debut the performance video for his anthemic new single “Bigger Love,” from his forthcoming new album due out this summer. The video for the empowering new track is a celebration of love, resilience and hope, featuring an uplifting and heartfelt message for these current times.

On the live Top 9 results show, the top vote-getter from each team will automatically earn a spot to compete in the finale. Then, for the first time in “Voice” history, the remaining artists will compete in a 5-way Instant Save for a chance to earn the fifth and final spot in the finale. The artist with the most votes from the Instant Save will advance to the finale and rejoin their coach. Each coach will have at least one artist competing in the finale. Only one coach will have two artists vying for “The Voice” title. The Season 18 finale airs Monday, May 18 (8:00-10:00 p.m. ET/PT) and Tuesday, May 19 (9:00-11:00 p.m. ET/PT) on NBC.

ABOUT KANE BROWN
Global entertainer Kane Brown has been called “the future of country” (Billboard), “Breakthrough Artist of the Year” in 2018 (Associated Press) and one of “31 People Changing the South” (Time). With the chart-topping Billboard 200 release of his Platinum album Experiment in Nov. 2018, Brown became the only male country artist in more than 24 years to have his sophomore album debut at the top of this chart. Experiment has yielded three consecutive No. 1 Platinum-certified singles, “Homesick,” “Good As You” and “Lose It.” Brown made history with his 2X Platinum self-titled debut album, a 13-week No. 1 on the Billboard Top Country Albums chart. He became the first artist to top all five Billboard Country Charts simultaneously with his breakthrough No. 1 Top Country Album; No. 1 debuting Country Digital Song, the 5X Platinum “Heaven,” and No. 1 Country Airplay, Hot Country Song and Country Streaming Song, the 5X Platinum “What Ifs” featuring Lauren Alaina. Of all the country artists who made their long-form debut since 2016, Brown is the only one to receive two or more Platinum album certifications. The ACM, AMA, People’s Choice, Billboard, AMA, iHeartRadio, CMT and Billboard Music Awards nominated artist is one of only five country acts with multiple 5X Platinum hits (joining Luke Bryan, Florida Georgia Line, Sam Hunt and Taylor Swift). His two 5X Platinum songs are “Heaven” and “What Ifs” which, respectively, are the No. 3 and No. 5 most-streamed country tracks of all time – making him the only artist to have two tracks in the Top 5 of country’s most-streamed songs. A recent milestone is Brown being in the company of only 10 other country artists who have sold-out the Staples Center in Los Angeles, which he accomplished on Jan. 9 when he headlined the historic venue’s 20th anniversary celebration. In Feb., he kicked off his “Worldwide Beautiful Tour” including U.S. dates in partnership with the Boys and Girls Club. Among Kane Brown’s multiple musical collaborations, Marshmello and Brown’s Platinum-certified “One Thing Right,” a Top 15 hit at Top 40 radio which also crossed to Hot AC, recently became Brown’s first multi-format breakthrough. His most recent collaboration is “Last Time I Say I’m Sorry” with John Legend; the two share vocals on the track and co-wrote the song. For more information on Kane Brown, visit KaneBrownMusic.com.

ABOUT DOJA CAT
Born and raised in L.A., Doja Cat made her first upload to Soundcloud in 2013 at just 16-years-old. She developed a knack for music by studying piano and dance as a kid and listening to the likes of Busta Rhymes, Erykah Badu, Nicki Minaj, Drake, and more. Soon, she went from obsessing over “Catwoman” (the Halle Berry version) to “crate digging” on YouTube. The budding talent taught herself Logic and how to compose on a midi controller. Signed to RCA during 2014, she has released her “Purrr!” EP and followed with her debut album “Amala” in spring 2018, but it was her August 2018 release of “Mooo!” which catapulted her into the mainstream and was met with critical acclaim. With co-signs from Chance The Rapper, Katy Perry, Chris Brown and J.Cole among others. 2019 was a big year for Doja, proving she is a mainstay artist with the release of tracks like “Tia Tamera” ft. Rico Nasty and her breakout hit “Juicy” ft. Tyga which appears on her sophomore album “Hot Pink,” released in November. She made her late night debut performance of the track on “Late Night with Seth Meyers.” She was also named the iHeart Radio “On The Verge” artist, with “Juicy” reaching #1 on the Rhythm radio chart and top 10 at Urban. “Hot Pink” has received rave reviews in the press and continues to be recognized as her strongest work to date with over 750 million streams and video views combined. Live, Doja has played numerous festivals and live shows including Rap Caviar Live Miami, Posty Fest, Day n Vegas, Rolling Loud LA and will play Coachella, Rolling Loud Miami, Broccoli City Fest and others this spring. 2020 kicked off another amazing year for the hybrid artist with the success of her single “Say So” continuing to climb the charts. She delivered an electrifying performance of the track on “The Tonight Show Starring Jimmy Fallon” earlier this year. The track is RIAA certified platinum, is currently #1 at Rhythm radio, #3 at Top 40 radio, #6 on the Billboard Hot 100, has over 171 million video views, and over 20 million TikTok videos created. The track has been streamed nearly half a billion times worldwide.

ABOUT JAMES TAYLOR
As a recording and touring artist, James Taylor has touched people with his warm baritone voice and distinctive style of guitar-playing for more than 50 years while setting a precedent to which countless young musicians have aspired. Over the course of his celebrated songwriting and performing career, Taylor has sold more than 100 million albums, earning gold, platinum and multi-platinum awards since the release of his self-titled debut album in 1968. In 2015, Taylor released “Before This World,” the first-ever #1 album of his illustrious career. Taylor has won multiple Grammy Awards, has been inducted into both the Rock and Roll and the prestigious Songwriters Halls of Fame and 2006 the National Academy of Recording Arts and Sciences selected him its MUSICARES Person of the Year. Taylor was also awarded the distinguished Chevalier of the Order of Arts and Letters by the French government and the National Medal of Arts by President Barack Obama in 2012. In 2015, Taylor was presented with the Presidential Medal of Freedom, the Nation’s highest civilian honor and 2016 he received the Kennedy Center Honors, which are presented annually to individuals who have enriched American culture by distinguished achievement in the performing arts. His new album, “American Standard,” is now available in stores and on digital and streaming platforms. Produced by Dave O’Donnell, John Pizzarelli and Taylor, “American Standard” reimagines some of the 20th century’s most beloved songs and making them Taylor’s own. Also available now in the U.S. and Canada is Taylor’s first-ever Audible Original memoir titled “Break Shot: My First 21 Years,” which was produced by MTV/VH1 veteran Bill Flanagan. Taylor takes listeners through the triumphs and traumas of his childhood and difficult family life. “Break Shot” illuminates the deep connection he has with the songs on his new album.

This season, “The Voice” is averaging a 1.8 rating in adults 18-49 and 10.4 million viewers overall in “live plus seven day” Nielsens, with the current cycle’s premiere growing to a 3.8 in 18-49 and 14.9 million viewers with digital and linear delayed viewing to date. “The Voice” is a top-15 primetime entertainment show this season in both 18-49 and total viewers, and is the #2 most-watched alternative series on television. It’s also a powerful presence on social platforms -- season to date through the end of the first quarter, “The Voice” has accumulated the #1 most total fans across the “big four” social platforms (Facebook, Twitter, YouTube, Instagram) among all broadcast alternative series (32.6 million, Source: ListenFirst Media, LF // TV UNIVERSE // EPISODIC, 9/23/19-3/31/20, Total Fans, Brand Type: TV Shows, Broadcast, Reality).