The 28-Year-Old Colombian Received the Coveted “MasterChef” Title and a $100,000 Cash Prize After 13 Weeks of Intense Culinary Competition Against 14 Amateur Cooks 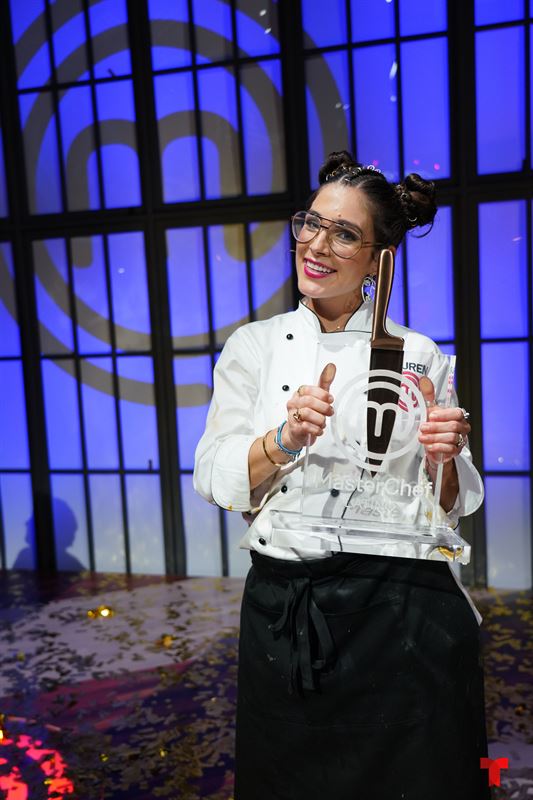 MIAMI – August 12, 2019 –The second season of Telemundo’s “MasterChef Latino,” hosted by Gaby Espino, crowned Lauren Arboleda as the winner of the $100,000 cash prize and coveted “MasterChef” title during last night’s grand finale. After 13 weeks of intense culinary competition, the talented Colombian managed to conquer the palate of the three judges, chefs Ennio Carota, Claudia Sandoval and Benito Molina, with the presentation of her winning menu consisting of an entrée, a main course and a desert. Arboleda, who announced her pregnancy during the Sunday night reality show, competed against 14 amateur cooks from across the United States and won the competition next to finalists, John Pardo and Javier Seañez.

“I can’t believe I accomplished my dream of winning MasterChef Latino,” stated Arboleda. “It was such a unique and unforgettable experience, from where I now take new friends, memories and everything I learned from chefs Ennio, Claudia and Benito. This makes me feel like an entrepreneurial mom, wife, housewife and, above all, a MasterChef,” she concluded.

From the first time contestants entered the state-of-the-art “MasterChef Latino” kitchen, Lauren Arboleda knew how to face the different culinary challenges. The young Miami resident grew up in a farm in her native Colombia, where they cultivated organic and healthy foods. Her dream was always to be a chef, but her parents initially thought it was only a hobby. She saw it as another motivation and decided to start sharing her love for food through her “Food from the Heart” project, while she studied marketing in Miami, where she met her husband Pedro Camargo. Now they are parents of a beautiful 3-year-old boy and are waiting for their second child. Arboleda has a blog called "Food from the Heart," where she shares delicious healthy recipes. Soon, she will launch her book “Pregnancy from the Heart,” which she wrote during her first pregnancy.

“MasterChef Latino” is produced by Endemol Shine Boomdog, creators of “MasterChef,” the number one reality cooking competition in the world. Telemundo’s version brings together a great diversity of cultures, food and flavors from all over Latin America, where the best amateur/non-professional cooks from around the United States will do everything possible to become a professional chef.