Academy Award ® -Winning Actress Lupita Nyong’o and Star of Jordan Peele’s, Us, Visits Universal Studios Hollywood’s “Halloween Horror Nights” to Experience the Terrifying “Us” Maze and Reprise Her Infamous Role as Red to the Delight of Guests

The actress donned her character’s recognizable red jumpsuit and fingerless leather gloves as she reenacted her critically-acclaimed role as Red, baiting the many unsuspecting guests entering the infamous classroom scene, artfully recreated from the film….and the results were diabolical.

Lupita, accompanied by her family, also summoned her inner strength to experience the terrifying “Us” maze first-hand, coming face to face with the doppelgängers she portrayed in the movie.

Click here to watch Lupita tour the “Us” maze and reprise her role as Red, and here for select images. 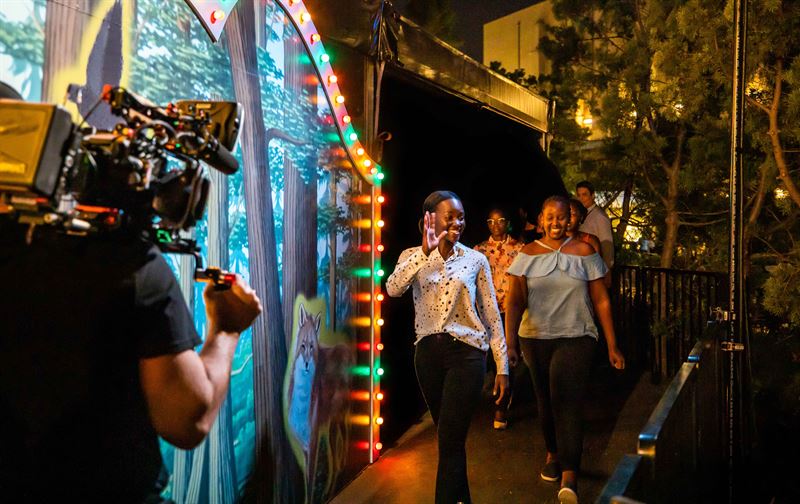 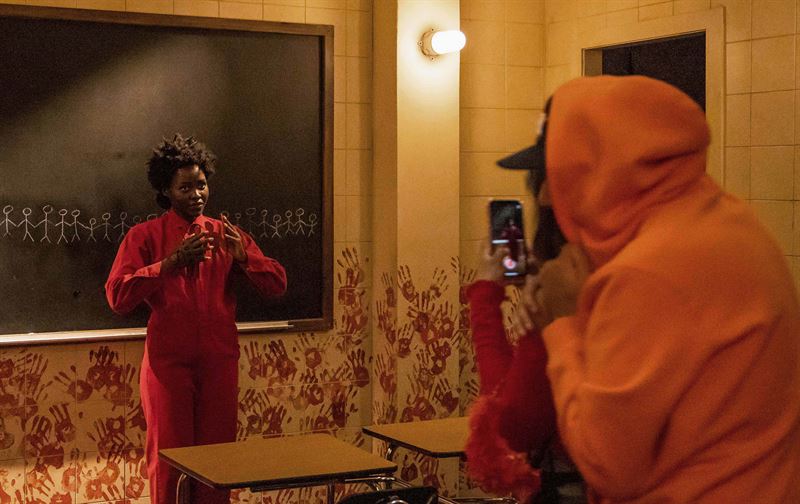 Tickets are still available for remaining “Halloween Horror Nights” dates: October 30-31 and November 1-3 and can be purchased at Hollywood.HalloweenHorrorNights.com.

The “Us” maze is also part of “Halloween Horror Nights” at Universal Orlando Resort.

Featuring the unnerving labyrinth of underground tunnels that stretch from coast to coast below America, to the disorienting and the ominous uprising of “The Tethered”— doppelgängers of every living man, woman and child in the country—the “Us” maze places guests at the heart of this living nightmare where they quickly realize they are their own worst enemy.

The journey begins circa 1986 as guests follow in the footsteps of the young girl they first meet as Adelaide Wilson as she innocently ventures through a mirror funhouse at the Santa Cruz boardwalk and has a fateful and traumatic encounter with her tethered doppelgänger, an event that will forever alter both of their lives. The harrowing experience then transitions to present day, thrusting guests into the chaos of “The Tethered” uprising as they emerge from their tunnels to murder their privileged doubles in a nationwide coordinated act of rebellion.

"Halloween Horror Nights" at Universal Studios Hollywood brings together the sickest minds in horror to immerse guests in a living, breathing, three-dimensional world of terror. This year’s event features 10 terrifying mazes inspired by today’s most compelling movie and television horror properties as well as a selection of all-original horror-themed mazes envisioned by the masters behind the creation of “Halloween Horror Nights.” As Southern California’s premier Halloween event, “Halloween Horror Nights” is designed to taunt, terrorize and torment guests as they navigate the darkness from one frightening maze to another.