MACY’S THANKSGIVING DAY PARADE® USHERS IN THE HOLIDAY SEASON WITH ITS 94th EDITION NOV. 26 ON NBC, WITH JIMMY FALLON & THE ROOTS KICKING OFF THE SHOW AND FEATURING A SPECIAL APPEARANCE BY DOLLY PARTON

Broadway Performances Include “Ain’t Too Proud - The Life and Times of the Temptations,” “Hamilton,” “Jagged Little Pill” and “Mean Girls”

Three-Hour Parade Airs Live at 9 a.m. (All Time Zones) With an Encore Presentation Set for 2-5 p.m.

WATCH THE LIVE PARADE EVENT FROM HOME ON NBC 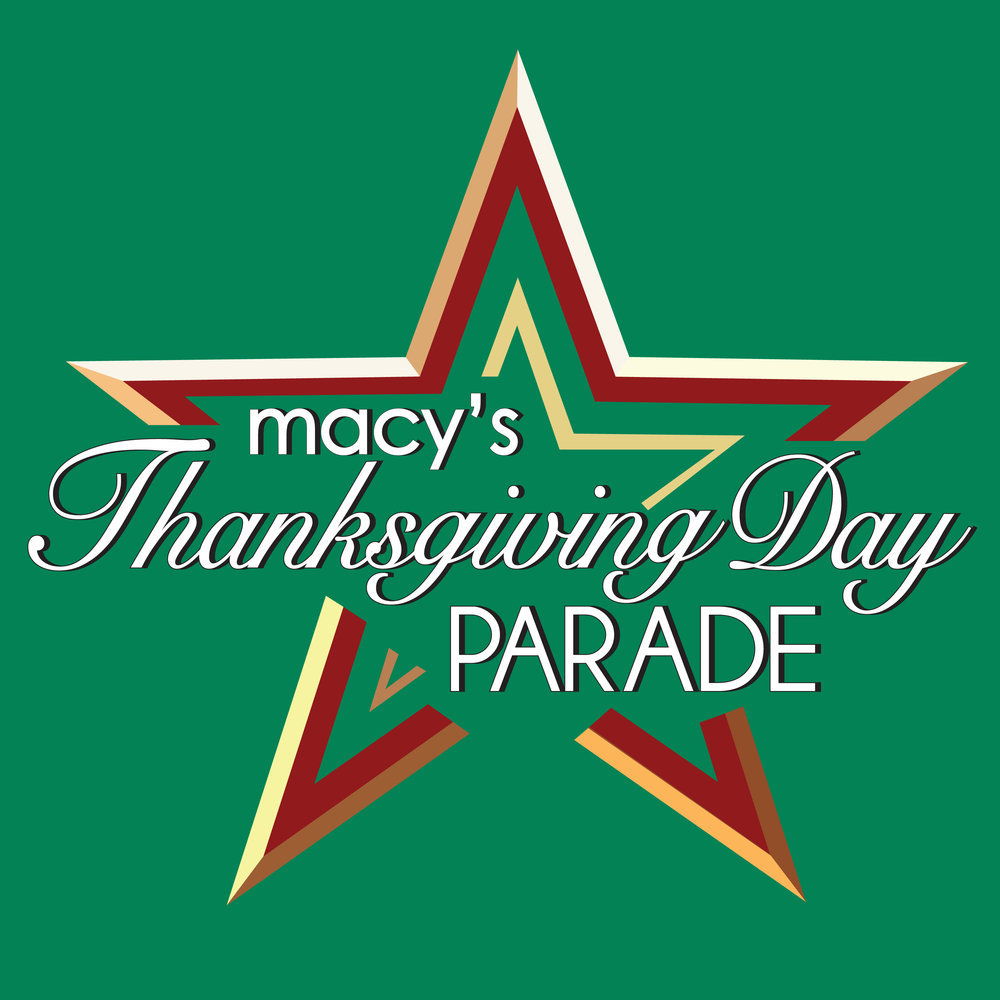 NEW YORK – Nov. 20, 2020 – This Thanksgiving the time-honored phrase Let’s Have a Parade™ will cue the start of a reimagined celebration that will safely bring the magic of the 94th annual Macy’s Thanksgiving Day Parade® – the nation’s most cherished holiday tradition – to once again kick off the holiday season.

Ready to spread holiday cheer and with an expected television audience of more than 50 million viewers, Savannah Guthrie, Hoda Kotb and Al Roker of NBC News’ “TODAY” host the LIVE broadcast from 9 a.m.-noon in all time zones. Telemundo will simulcast the parade in Spanish, with the event hosted by Adamari Lopez, Jessica Carrillo, Rodner Figueroa and Nastassja Bolivar.

The Macy’s Thanksgiving Day Parade is the nation’s biggest and most anticipated holiday celebration. To safely bring the spectacle to millions nationwide during this unprecedented time, the annual production will shift to a broadcast-only event. This year the procession will forgo marching down the traditional 2.5-mile route in Manhattan in order to avoid gathering large crowds.

Since its inception, the Macy’s Thanksgiving Day Parade has served as a reflection of the finest of American popular culture. From the best of music to the brightest lights on Broadway and everything in between. The impact of this year’s pandemic related cancelations on some of New York City’s most beloved arts, entertainment and cultural events was a huge loss felt by both New Yorkers and visitors alike who enjoy them annually as part of New York City’s thriving and vibrant communities. To give the nation a dose of the lost magic of some of these beloved events, this year’s Macy’s Parade will feature a selection of performances representing a sampling of the annual traditions that had to scale back, cancel or indefinitely postpone their events or performances.

The Macy’s Parade will feature performances from the casts of Ain’t Too Proud - The Life and Times of The Temptations, Hamilton, Jagged Little Pill and Mean Girls. In addition, the show-stopping Radio City Rockettes® will bring their signature magic to Herald Square.

Returning for a fourth year by popular demand, the Macy’s Singing Christmas Tree will feature the harmonious voices of 60 Macy’s colleagues who will join us from their homes across the country coming together in a golden-voiced chorus filled with the spirit of the holiday season.

The fun doesn’t stop there with additional performances from The Big Apple Circus, The NYPD Police Band, The West Point Marching Band and the step skills of Zeta Phi Beta.

“There is nothing quite like this extraordinary holiday tradition, and we’re always delighted to bring it to millions of viewers across the country, especially this year” said Doug Vaughan, Executive Vice President, Special Programs, NBC Entertainment. “Our performers – from singers, dancers and Broadway stars – are all excited to bring a smile to those watching from home and enjoying their Thanksgiving.”

For the first time in Macy’s Parade broadcast history, in an effort to create a more inclusive experience for blind and visually impaired viewers, NBCUniversal is proud to present the full NBC broadcast with live audio description on the Secondary Audio Program channel (SAP), provided by Descriptive Video Works. This year’s broadcast will be available with additional audio narration, describing the rich visuals of the Parade including the magnificent balloons, floats and performances, to complement the storytelling and celebration that make the Parade an annual Thanksgiving Day tradition for millions of Americans.

“For nearly 100 years the Macy’s Thanksgiving Day Parade has served as a milestone celebration that brings joy to millions of families nationwide and kicks off the holidays with unparalleled spectacle,” said Susan Tercero, executive producer of Macy’s Thanksgiving Day Parade. “Our safely reimagined event will continue that cherished tradition as spectators nationwide celebrate together at home bringing a much-needed sense of normalcy to our lives. While it will look different in execution this year, we invite everyone to tune in and experience our incredible Parade on television this year featuring our signature character balloons, dazzling animated floats, whimsical clowns, world-class performances including some special surprises, and, of course, the arrival of Santa Claus, who will once again herald the arrival of the holiday season.”

New giants joining the line-up this year include The Boss Baby by DreamWorks Animation’s “The Boss Baby: Family Business” and Red Titan from “Ryan’s World” by Sunlight Entertainment and pocket.watch. The newest balloon stars will take flight without the traditional 80-100 handlers, instead employing an innovative, specially rigged anchor tether framework of five specialty vehicles field tested and approved by the relevant agencies in the City of New York. Their Thanksgiving Day flights will be manned by a smaller vehicle team helping to safely reduce the overall number of people needed underneath each balloon.

The televised inflatable lineup also includes Sinclair Oil’s Baby DINOs and the Go Bowling balloonicles, as well as Hugg, Bjorn, Jojo and Fleck from Netflix’s “The Christmas Chronicles: Part Two,” Love Flies Up to the Sky by Yayoi Kusama©, Universal Orlando Resort’s The Nutcracker and Smokey Bear by the U.S.D.A. Forest Service.

ANIMATED WONDERS
The Parade’s floating stages have morphed from simple creations initially focused on nursery rhyme stories pulled by horses in the first processions to highly animated wonders that take spectators to new worlds. Conceived and crafted by the incredible artisans of Macy’s Parade Studio – a design and production facility that includes carpenters, engineers, electricians, painters, animators, balloon technicians, sculptors, metal fabricators, scenic and costume designers – this year’s line-up of floats sets an unparalleled stage for entertainment. The Parade’s signature floats are marvels of creative design, engineering, and skillful construction. While they may seem to float as three stories tall and several lanes of traffic wide stages, the magic is truly in the design as these floats are built to collapse to no more than 12 ½-feet tall and 8-feet wide in order to travel safely from the New Jersey home of the Parade Studio to the Manhattan starting line via the Lincoln Tunnel for the annual celebration.

A SAFE PROCESSION
Health and safety continue to be Macy’s number one priority. In partnership with local and state government, the Parade was modified to avoid gathering crowds. In addition, Macy’s put in place robust health measures across all areas of the production. In constant communication with government agency partners, several contingency plans were developed. This allows the production to adjust plans based on the evolving environment and any subsequent restrictions, helping to ensure the health and safety of all involved.

As part of Macy’s comprehensive health and wellness plan, below is a sampling of the current safety procedures and enhancements being implemented. They include, but are not limited to, the following:

EXPERIENCE THE MAGIC
For the fifth consecutive year, NBCUniversal and Verizon, are partnering on Verizon Live: Macy’s Thanksgiving Day Parade which will be streamed beginning at 9:00 a.m. ET on YouTube.com/Verizon, Twitter @Verizon and select Verizon Media properties, including Yahoo.

The award-winning, Emmy-nominated production, hosted by Mario Lopez, will also bring audiences across the country together through innovative and immersive experiences. For the first time ever, a Parade Portal powered by Verizon 5G Ultra Wideband will be accessible to viewers at home. Watching the livestream from both their 4G or 5G enabled mobile devices, viewers will be transported into the center of the activity in Herald Square with 360-degree views. A QR code will be available within the livestream across all platforms, where viewers can easily scan the code for a second-screen experience.

For the first time in Macy’s Parade broadcast history, in an effort to create a more inclusive experience for blind and visually impaired viewers, NBCUniversal is proud to present the full NBC broadcast with live audio description on the Secondary Audio Program channel (SAP), provided by Descriptive Video Works. This year’s broadcast will be available with additional audio narration, describing the rich visuals of the Parade including the magnificent balloons, floats and performances, to complement the storytelling and celebration that make the Parade an annual Thanksgiving Day tradition for millions of Americans.