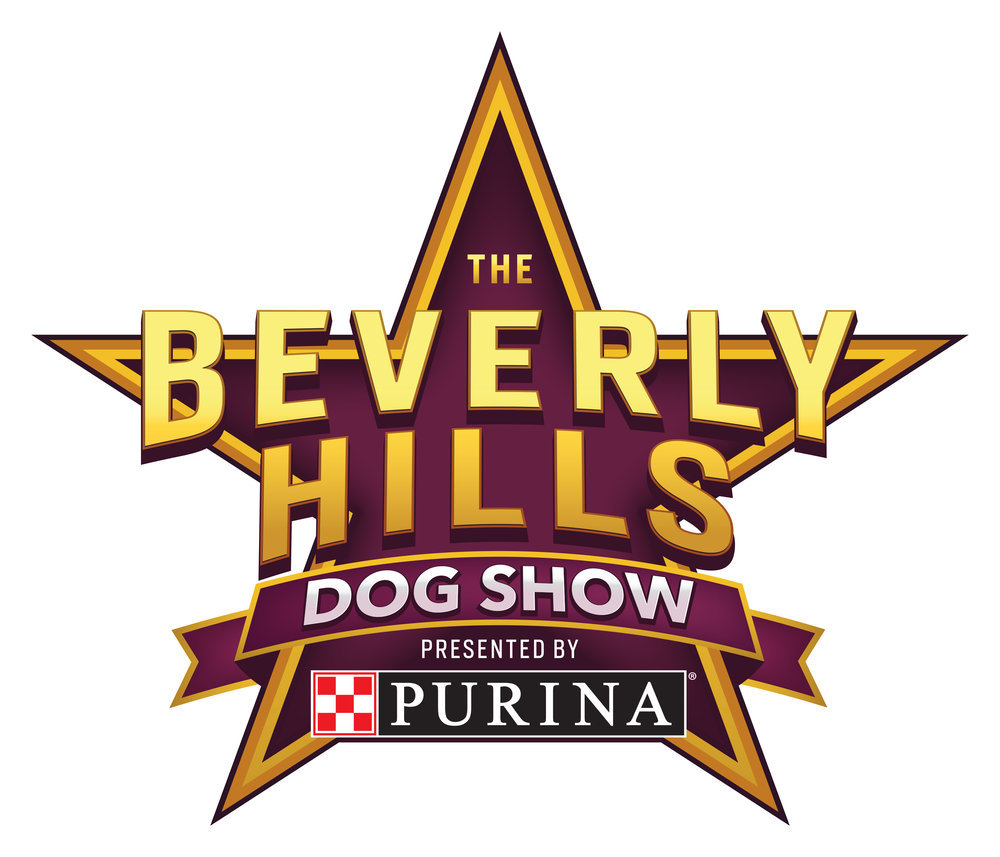 “We all love our dogs, of course,” Frei said. “We invite fans to celebrate these four-legged stars with us at the Beverly Hills Dog Show where they can cheer their favorites. After it’s over, hug your own dog and remind them they’re always Best in Show.”

Two newly AKC-sanctioned breeds will compete to be top dog this year. The Barbet (sporting group) is a water dog from France with a long, sweeping tail, a dense coat of curly hair and a distinctive beard. He’s an agile athlete with a bright, friendly nature. The Dogo Argentino (working group) is a strong and intelligent hunting dog from Argentina, originally bred to hunt big game such as boar and mountain lion. He has a short white coat and expressive face.

Hosted by the Kennel Club of Beverly Hills and produced by NBC Sports, “The Beverly Hills Dog Show Presented by Purina” is a new breed of dog show and must-see viewing for the whole family. Before more than 1,500 dogs representing 200 eligible breeds and varieties face off for the coveted Best in Show title, the canine competitors will mingle with celebrity guests and strut their stuff on the red carpet. For the main event, each group winner will walk the show’s unique runway for the Best in Show judge to determine which dog has what it takes to be champion.

Last year, a 3-year-old Havanese named Bono was crowned Best in Show. The little canine from the Toy group is the most winning Havanese in the breed’s history, with over 90 Best in Show titles. Previous Beverly Hills Dog Show winners include 2018’s King, a Wire Fox Terrier, and 2017’s Ripcord, a Doberman Pinscher.

Award-winning television personality, author and Broadway star John O’Hurley is host of “The Beverly Hills Dog Show Present by Purina” and “The National Dog Show Presented by Purina” on NBC. Dubbed one of People magazine’s “Sexiest Men Alive,” he is best known as J. Peterman on “Seinfeld,” for which he received a Screen Actors Guild Award. He was also the ultimate champion of the first “Dancing with the Stars” television show. He has authored three books – “Before the Dog Can Eat Your Homework First You Have to Do It: Life Lessons From a Wise Old Dog to a Young Boy” (Hudson Street Press, 2007), the New York Times bestseller “It’s Okay to Miss the Bed on the First Jump” (Plume, 2007) and his latest book for children, “The Perfect Dog” (Grosset & Dunlap, 2013), which since its release has inspired “The Perfect Dog,” a musical designed for children’s theatre. The musical production is licensed by Theatrical Rights Worldwide as part of its Theatre for Young Audiences catalogue. He is currently starring in his own one-man show, “A Man with Standards,” a humorous and poignant take on his life and experiences in show business.

America’s foremost authority on all things canine, David Frei is a natural choice to serve as host and expert analyst for “The National Dog Show Presented by Purina” and “The Beverly Hills Dog Show Presented by Purina” on NBC. An American Kennel Club (AKC)-licensed judge who has officiated dog shows all over the world, Frei hosted television coverage of the Westminster Kennel Club Dog Show for 27 years. A successful former breeder/handler/owner, he is proudest of the work his therapy dogs have done at the Ronald McDonald House of New York, the Memorial Sloan-Kettering Cancer Center and the New York VA Hospital, among other health-related institutions. Frei’s first book, “The Angel by My Side” (Hay House Publishing, 2002, with Mike Lingenfelter), claimed two Dog Writers Association of America (DWAA) Awards. His latest book, “Angel on a Leash” (BowTie Press, 2011), also a DWAA award winner, tells of his years of experience and work with therapy dogs. Frei was inducted into the Dog Writers Association of America Hall of Fame in 2018.

Emmy Award-winning journalist, TV personality, motivational speaker, New York Times bestselling author, host of the Noovie cinema pre-show and co-founder/CEO of the AfterBuzz TV Streaming Networks, Maria Menounos has gained numerous achievements throughout her career in the news and entertainment industry. One of People magazine’s 50 Most Beautiful, Menounos holds the distinct honor of having conducted the only sit-down interview with the Obama family, an interview ABC News heralded as a deciding factor in President Obama’s historic victory. Currently, Menounos hosts the Noovie cinema pre-show seen daily in 70% of America’s movie theaters, and her weekly podcast, “Conversations with Maria Menounos,” introduces listeners to stars, newsmakers and successful women in engaging conversations on their journeys, advice and passions. As one of the only female CEO’s in the tech world, Menounos heads the AfterBuzz TV digital broadcast streaming network, which produces more than 150 hours of weekly programming for over 120 countries worldwide. Menounos’ AfterBuzz TV mentorship program has helped launch careers for the likes of Fox TV’s Eboni K. Williams, WWE Superstars Sonia Deville and Cathy Kelly, Netflix’s Koramo Brown, “Entertainment Tonight’s” Courtney Tezeno and Deirdre Behar, and hundreds of others.

Mary Carillo is a former professional tennis player who has earned awards and accolades for her work as a television analyst and has become a fixture at the Olympic Games for more than two decades as a reporter, analyst and host. Carillo has received two coveted Peabody Awards, one for her work on the HBO documentary “Billie Jean King: Portrait of a Pioneer” and the other for co-writing, with Frank Deford, the HBO documentary “Dare to Compete: The Struggle of Women in Sport.” She was inducted into the Sports Broadcasting Hall of Fame in 2018. Carillo was also named best commentator by both Tennis magazine and World Tennis magazine and broadcaster of the year by the WTA. She has co-written two books — “Tennis My Way,” with Martina Navratilova, and Rick Elstein’s “Tennis Kinetics.” Carillo played on the professional tennis tour from 1977-80. Teaming with childhood friend John McEnroe, she won the 1977 French Open mixed doubles title. In 1977 she was a doubles quarterfinalist at the U.S. Open and a doubles runner-up at the U.S. Clay Court Championships.

Akbar Gbajabiamila is host of NBC’s three-time Emmy Award-nominated hit competition series “American Ninja Warrior,” which begins its 12th season this summer. He is also the host of “American Ninja Warrior Juniors” on the Universal Kids Network. Gbajabiamila is a former NFL star who currently hosts one of NFL Network’s highest-rated shows, “NFL Fantasy Live.” He has made headlines being parodied on “Saturday Night Live” by Drake, as well as hailed in the media as a hero for chasing down a hit-and-run suspect who sideswiped a Los Angeles motorcycle cop. Gbajabiamila made his acting debut on NBC’s “The Night Shift,” as well as hosted NBC’s 2017 “Red Nose Day Special” and “Macy’s 4th of July Fireworks Spectacular.”

Nestlé Purina PetCare promotes responsible pet care, community involvement and the positive bond between people and their pets. A premiere global manufacturer of pet products, Nestlé Purina PetCare is part of Nestlé S.A., a global leader in nutrition, health and wellness. Subscribe here to get the latest Purina news. 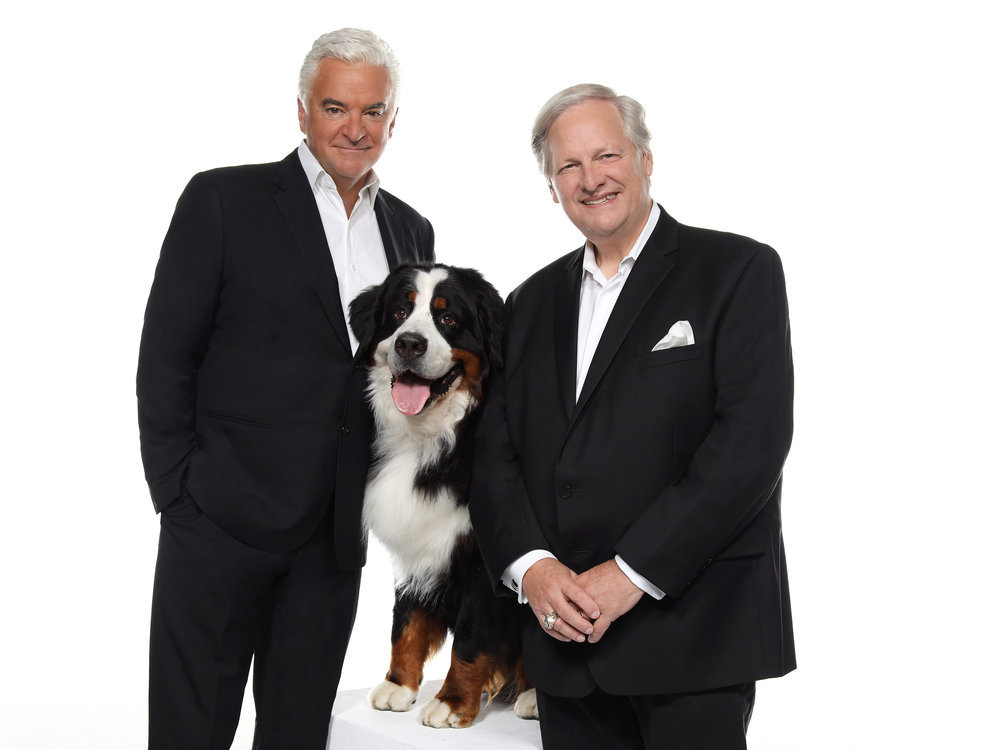