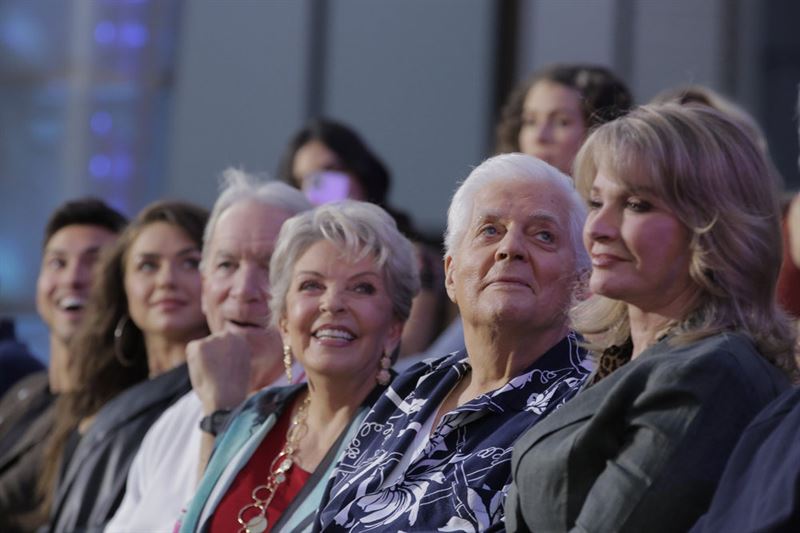 “Like sands through the hourglass, so are the days of our lives.”

Those words, which have drawn millions of eager viewers to their television sets for six decades, will remain a high point of the broadcast day with today’s renewal announcement of the multi-Daytime Emmy Award-winning series.

“From our incredibly loyal fan base to our wonderful writers, cast and crew, the enthusiasm for ‘Days’ never wavers,” said Bruce Evans, Executive Vice President, Current Programming, NBC Entertainment. “We’re incredibly thrilled to bring viewers another season of a show that has cemented its place in television history and touches all generations.”

“We are most grateful to NBC for their enduring faith in the future of ‘Days of our Lives,’ and we are excited to continue delivering compelling stories to our loyal family of fans into this new decade,” said executive producer Ken Corday.

Said Steve Kent, Senior Executive Vice President, Programming, Sony Pictures Television: “Ken Corday and his team continue to build on the legacy of quality storytelling and intriguing characters that connect with audiences of all ages. We are thrilled that viewers in the U.S. and around the world will be able to enjoy the award-winning ‘Days of our Lives’ for another season.”

“Days of our Lives,” which aired its 13,755th episode in 2019, remains a television institution. The show first premiered as a half-hour drama in 1965 and expanded to an hour 10 years later.

The show has garnered 57 Emmy Awards, including most recently 2015 and 2018’s Outstanding Daytime Drama, and 350 nominations, as well as multiple People's Choice Awards, GLAAD Media Awards and Prism Awards.

Set in the fictitious Midwestern town of Salem, “Days of our Lives” airs nationally on NBC in the United States and in more than 25 countries internationally. The core families are the Bradys, Hortons and DiMeras, and the multi-layered storylines involve elements of romance, adventure, mystery, comedy and drama.

“Days of our Lives” is produced by Corday Productions, Inc. in association with Sony Pictures Television. Ken Corday is the executive producer with co-executive producers Greg Meng and Albert Alarr. Ron Carlivati is the head writer.