“This is an exciting time in the history of our stations,” said Mike St. Peter, President and General Manager of NBC10 Boston, Telemundo Boston and NECN. We have designed a content production center for the future, serving our viewers, users and customers at the highest level.”

Station staff were joined by NBCUniversal executives including NBCUniversal Chairman Steve Burke and Chief Executive Officer Jeff Shell, among other company leaders. Lieutenant Governor Karyn Polito, Secretary of Housing and Economic Development Mike Kennealy, Chair of the Needham Board of Selectman John Bulian and Needham Town Manager Kate Fitzpatrick, were also in attendance. The multi-million dollar, 160,000 square-foot facility represents the largest investment ever made by a media company in the Greater Boston Area, and combines four networks under one roof. The stations went live from the new facility in mid-January 2020.

“This building brings together four amazing networks allowing us to provide unprecedented collaboration, creativity and teamwork,” said Chris Wayland, General Manager of NBC Sports Boston and SVP & Station Manager of NBC10 Boston, Telemundo Boston, and NECN. “Our customized facility was built for every conceivable platform so we can evolve seamlessly in this rapidly change media environment – and most importantly, provide our viewers with the best news and sports in New England.”

Necn serves as the largest 24-hour regional news network in the U.S. Since its launch on March 2, 1992, necn has grown to include 3.6 million subscribers in more than 1,050 cities and towns throughout all six New England states. necn has established itself as an industry leader as the only cable television news station to earn a George Foster Peabody Award and the Alfred I. DuPont – Columbia University Broadcast Journalism Award, among many other accolades. 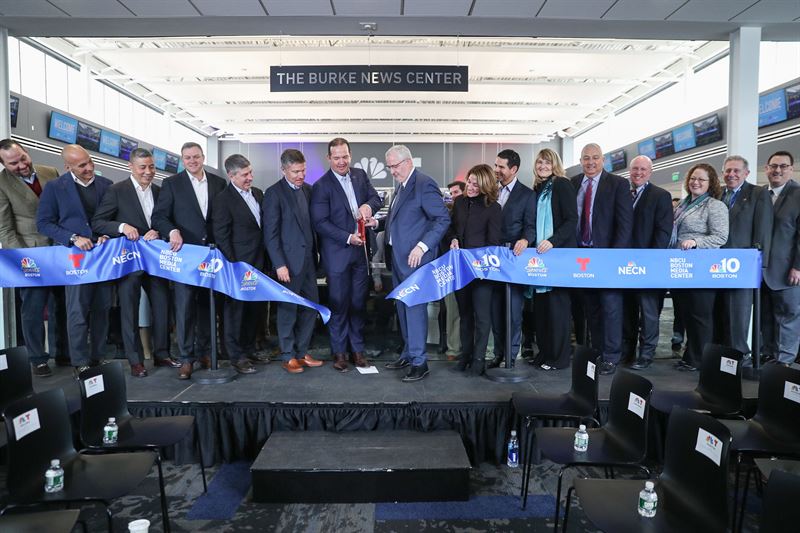