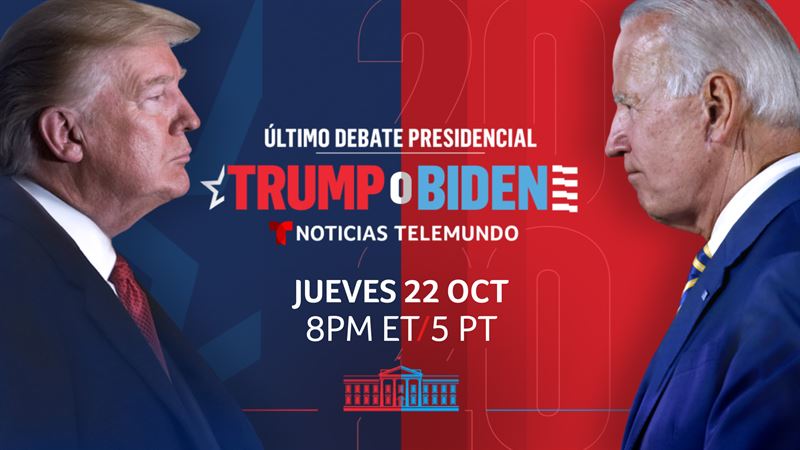 MIAMI – October 21, 2020 – Noticias Telemundo announced its special primetime and multiplatform coverage of the final presidential debate on Thursday, Oct. 22 between President Donald Trump and former Vice President Joe Biden. The pre-debate special coverage will include exclusive messages from both presidential candidates addressed to Latino voters. (You can request a transcript of the messages here)

Continue to follow Noticias Telemundo’s coverage of the 2020 election across all of its platforms with the latest news, information and resources including:

The special debate coverage is part of Telemundo’s Decision 2020 initiative, a non-partisan multiplatform news and civic engagement effort aimed at providing Latinos with comprehensive news, information and resources on the 2020 election. Telemundo’s dedicated landing page for Decision 2020 can be found at https://www.telemundo.com/noticias/elecciones-2020