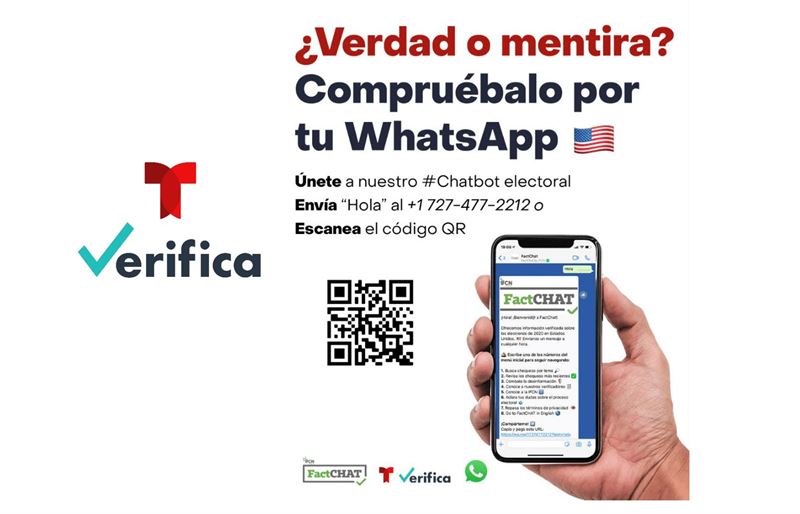 "We want to ensure our audience has as many tools as possible to access the most accurate news and information,” said Gemma Garcia, Noticias Telemundo’s vice president for network and digital news. “The stakes are incredibly high in this year’s election and it is our duty to flag false and misleading claims and make it easy for our audience to determine the accuracy of information.”

As part of T Verifica, Noticias Telemundo will continuously monitor potentially false and disputed news and rumors circulating on social media. T Verifica will also include explainer stories and fact checks on the issues most critical to voters ahead of the November election.

T Verifica builds on Noticias Telemundo’s collaborations with fact-checking news organizations. Noticias Telemundo has joined FactChat, the first-ever coalition of major U.S. fact-checking organizations, to create a bilingual WhatsApp chatbot to combat misinformation during the 2020 presidential campaign. FactChat is publishing daily election-related fact checks in English and Spanish. The service is free for all WhatsApp users.

The stepped-up fact-checking is part of Telemundo’s “Decision 2020” initiative, a non-partisan multiplatform news and civic engagement effort aimed at providing Latinos with comprehensive information and resources on the 2020 election. Telemundo’s dedicated landing page for DECISIÓN 2020 can be found at Telemundo.com/decision2020.