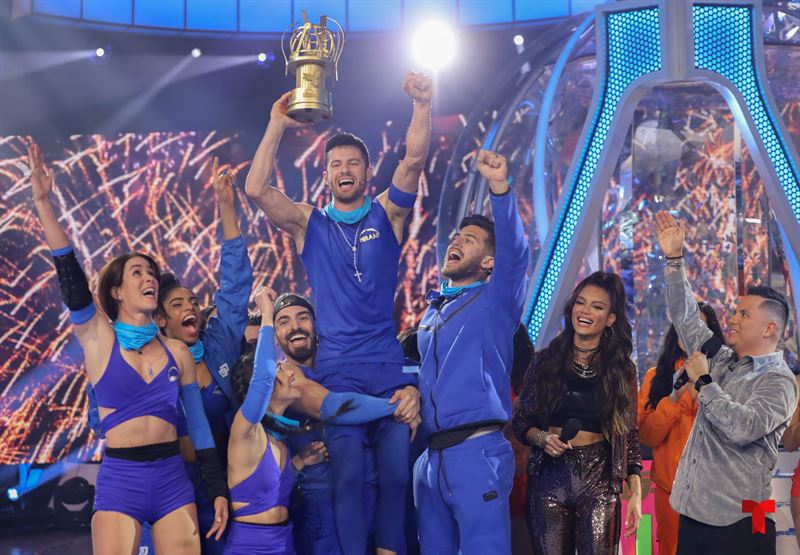 MIAMI – January 26, 2021 – After 15 adrenaline-filled weeks, Telemundo’s El Domo del Dinero crowned the Blue Team’s Andrés Mejía, Erika Vianey, Hiram Torres and Wilmarie Negrón as champions of the reality competition during last night’s finale. The prize reached a cumulative total of $211,600, which will be split equally among the four winners, in addition to the thousands of dollars they collected throughout the season on this original competition hosted by Zuleyka Rivera and Karim Mendiburu.

El Domo del Dinero is a family-friendly, high-energy reality competition, where viewers follow competitors as they battle to become the absolute champions. In every episode, participants must prove their physical abilities as they go head-to-head in mega-circuits filled with surprise twists. As viewers at home closely follow participants and vote via Telemundo.com to save their favorite contestants, they witness their achievements, defeats, eliminations and extraordinary victories that will take place on the path to the grand finale.

Audiences can catch-up with El Domo del Dinero on the Telemundo app, available to download on the Google Play Store and Apple Store. Viewers can also visit Telemundo.com/ElDomoDelDinero, which features details of the competition, exclusive content, interactive games, statistics and surveys. Fans can join the conversation on Facebook, Instagram and Twitter, following @ElDomoDelDinero and hashtag #ElDomoDelDinero.

Produced entirely in a state-of-the-art 15,000-square-foot studio at Telemundo Center in Miami in collaboration with Powwow, El Domo del Dinero is an original Telemundo production under the executive production of Francisco “Cisco” Suarez, Executive Vice President of Primetime Non-Scripted Programming for Telemundo.