With a Donation, the Public Can Unlock Their Own Digital Red Nose at Noseson.Com to Help Children in Need Across the U.S. and Around the World Stay Safe, Healthy and Educated 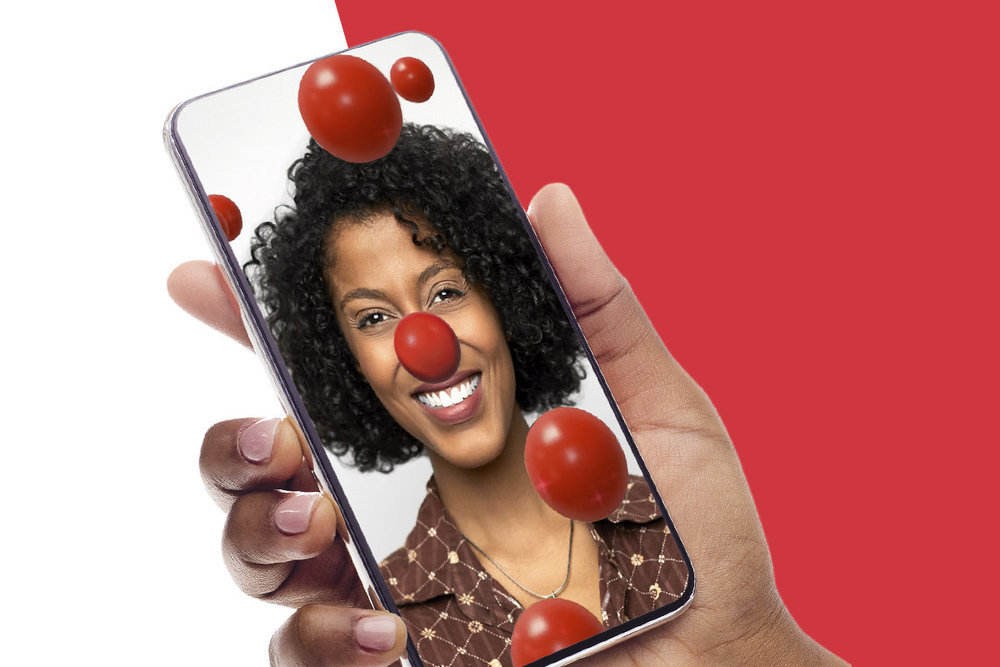 NEW YORK – April 23, 2020 – Red Nose Day, the annual fundraising event that has been celebrated on NBC since 2015, has announced that the public can now, for the first time, donate online to unlock a digital version of its iconic Red Nose in support of the 2020 campaign. This year the campaign to end child poverty has also committed to direct funds to address the impact of the COVID-19 pandemic on children in need and the organizations supporting them, which includes accelerated funding to nonprofit grantee partners who are working on the frontlines of this crisis.

In light of the health crisis and in an effort to help the public adhere to current health recommendations to avoid face-touching, Red Nose Day’s iconic Red Noses will not be sold in Walgreens stores this year. Instead, this year’s new digital Red Nose offers an easy, fun way for the public to participate in the annual campaign, even while staying at home.

Taking place on Thursday, May 21, the sixth annual Red Nose Day night of programming on NBC kicks off the night at 8 p.m. ET/PT with Ben Stiller bringing the phenomenon of escape rooms to television in spectacularly over-the-top style with “Celebrity Escape Room.” Stiller and Jack Black serve as executive producers and participants in the one-hour show featuring a cast of A-listers immersed in the hilariously high-energy, no-holds-barred escape. Following “Celebrity Escape Room,” the two-hour “Red Nose Day Special” will feature the biggest names across entertainment with a packed lineup of music, comedy and short documentary films that will educate and engage viewers.

“For five years, Red Nose Day has tapped into the power of laughter, engagement and entertainment to bring Americans together to change the stories of millions of children in need,” said Alison Moore, CEO of Comic Relief US, the nonprofit organization behind Red Nose Day. “We’re thrilled, in partnership with Walgreens, to have been able to launch the new digital Red Noses so quickly, continuing to give people an easy way to come together and show their support for vulnerable children. Millions of children in need here and around the world are suffering from the devastating impacts of COVID-19. This may just be our most important Red Nose Day yet.”

"Red Nose Day has always been about celebrating kindness and caring, and our commitment to support children in need is more urgent than ever before," said Richard Ashworth, president of Walgreens. "The digital Red Nose is a simple and safe way for people to provide immediate support to the children and communities that are most vulnerable to the COVID-19 health pandemic, especially at a time when physical distance makes traditional ways of helping difficult.”

To date Red Nose Day has raised $200 million and positively impacted over 25 million children across all 50 states, Puerto Rico and some of the poorest communities around the world. Money raised supports programs that ensure children in need are safe, healthy and educated, with grantee partners including Amref, Boys & Girls Clubs of America, charity: water, Children’s Health Fund, City Year, Covenant House, Feeding America, The Global Fund, International Rescue Committee, Laureus Sport for Good, Ounce of Prevention, Save the Children and UnidosUS. For more information on how to get involved in Red Nose Day, please visit RedNoseDay.org.

ABOUT RED NOSE DAY
Red Nose Day USA is a fundraising campaign run by the non-profit organization Comic Relief US, also known as Comic Relief, Inc., a registered U.S. 501(c)(3) public charity. Red Nose Day started in the U.K., built on the foundation that the power of entertainment can drive positive change, and has raised over $1 billion since the campaign’s founding in 1988.

Red Nose Day launched in the U.S. in 2015 with a mission to end child poverty,and has raised $200 million to date to positively impact nearly 25 million children. Money raised supports programs that ensure children in need are safe, healthy and educated, both in America and around the world. For more information about Red Nose Day USA and its impact, visit www.rednoseday.org. Follow @RedNoseDayUSA on Twitter, Instagram and Facebook.