Chef Oropeza Will Bring a Modern Twist and Unique Approach to the Morning Show’s Kitchen with Special Emphasis on Latin American Cuisine for Viewers Across the U.S. 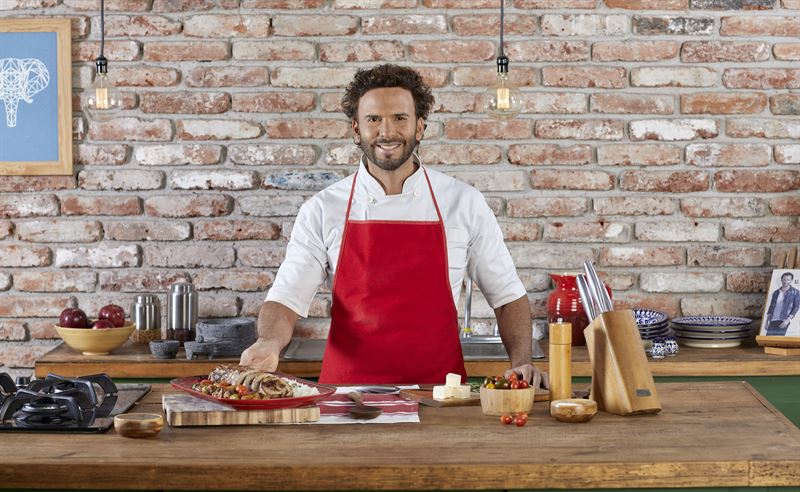 WHAT: Renowned Mexican Chef Alfredo Oropeza will make his debut on U.S. Spanish-language television on Telemundo’s “Un Nuevo Día” to share his expertise of Latin American cuisine with viewers across the nation. Oropeza will delight audiences every Monday to Friday with easy-to-make, at-home recipes, as well as secrets he’s picked up throughout his culinary journey to provide a holistic, fun approach to the kitchen.

WHO: Chef Alfredo Oropeza is widely recognized in his native Mexico, as well as across the United States and Latin America, for creating recipes that bring together the tastes, aromas and colors of Latin American cuisine. Author of four bestselling books that promote healthy cooking techniques, nutritious recipes and good eating habits, Oropeza has developed and shared over four thousand recipes throughout his 20-year career in the culinary world through TV shows, his magazine Chef Oropeza Día a Día, as well as his digital and social media platforms reaching more than 25 million people each month. In addition to his contributions in the kitchen, Oropeza collaborates with various philanthropic entities including the United Nations’ Food and Agriculture Organization (FAO), whose mission is to ensure that people have regular access to nutritious sources of food to lead active, healthy lives.

WHERE: Viewers can watch “Un Nuevo Día” live on Telemundo, through the Telemundo app (available on the Google Play Store and Apple Store), or by visiting Telemundo.com. Fans can join the conversation via the program’s social media platforms (@UnNuevoDia) on Facebook, Instagram, Twitter and YouTube.