STARS OF NBC’S ‘DAYS OF OUR LIVES’ RETURN TO UNIVERSAL CITYWALK FOR ANNUAL ‘DAY OF DAYS’ FAN EVENT ON SATURDAY, NOV. 9 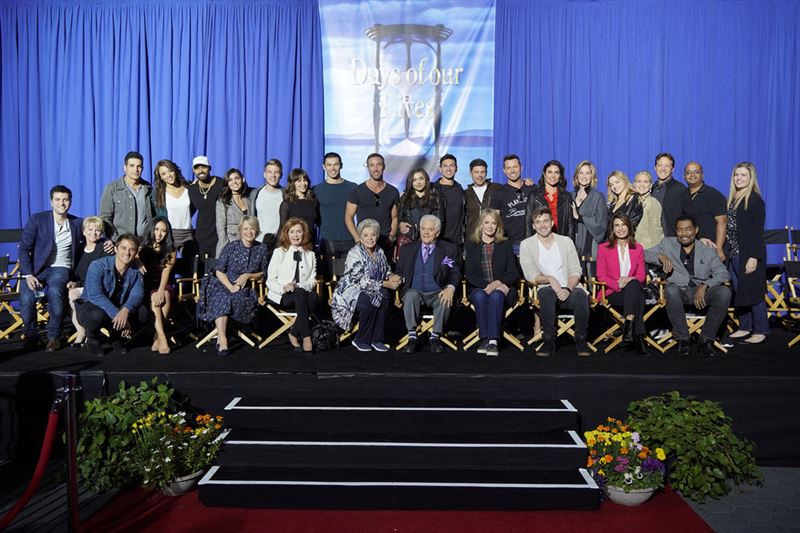 UNIVERSAL CITY, Calif. – Oct. 2, 2019 – To celebrate one of the most iconic and enduring series on daytime television, the stars of NBC’s long-running drama “Days of our Lives” will be meeting fans at the “Day of Days” fan event on Saturday, Nov. 9 at Universal CityWalk, located adjacent to Universal Studios Hollywood.

This complimentary event, set for 10 a.m.-5 p.m., for devoted “Days of our Lives” viewers will offer fans the chance to meet and greet Salem’s favorite cast members during autograph signings, a Q&A session and much more.

SCHEDULE OF THE DAY

4:45-5 p.m.: Event finale, including a special sneak preview what’s to come this season

“Days of our Lives,” which is about to begin its 55th season, is set in the fictitious Midwestern town of Salem. The core families are the Bradys, Hortons and DiMeras, and the multi-layered storylines involve elements of romance, adventure, mystery, comedy and drama.

“Days of our Lives” is produced by Corday Productions in association with Sony Pictures Television. Ken Corday is the executive producer with co-executive producers Greg Meng and Albert Alarr. Ron Carlivati is the head writer.

For more information on CityWalk at Universal Studios Hollywood, go to http://www.citywalkhollywood.com/