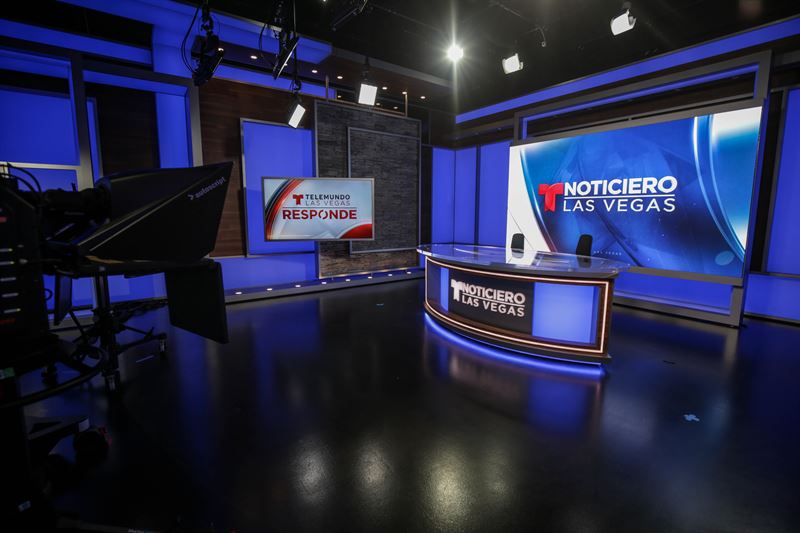 KBLR is the only TV station in Las Vegas to use a virtualized architecture to host its news and production infrastructure, and a news system that provides increased collaboration across multiple news platforms, including social media

KBLR’s new facility is located at 6380 Polaris Avenue, south from Allegiant Stadium, the soon-to-be-home of the NFL’s Las Vegas Raiders. KBLR delivers more than 10 hours of live and locally-produced news programming to Southern Nevada’s Hispanic audiences every week, more than any other Spanish-language TV stations in the market.

“Our new facility honors our longstanding commitment of serving our Las Vegas’ Spanish-speaking communities and raises the bar for local broadcasting in our market and industry. We are proud to present our new facility to our audiences,” said Ramiro Lopez, President and General Manager, Telemundo Las Vegas.